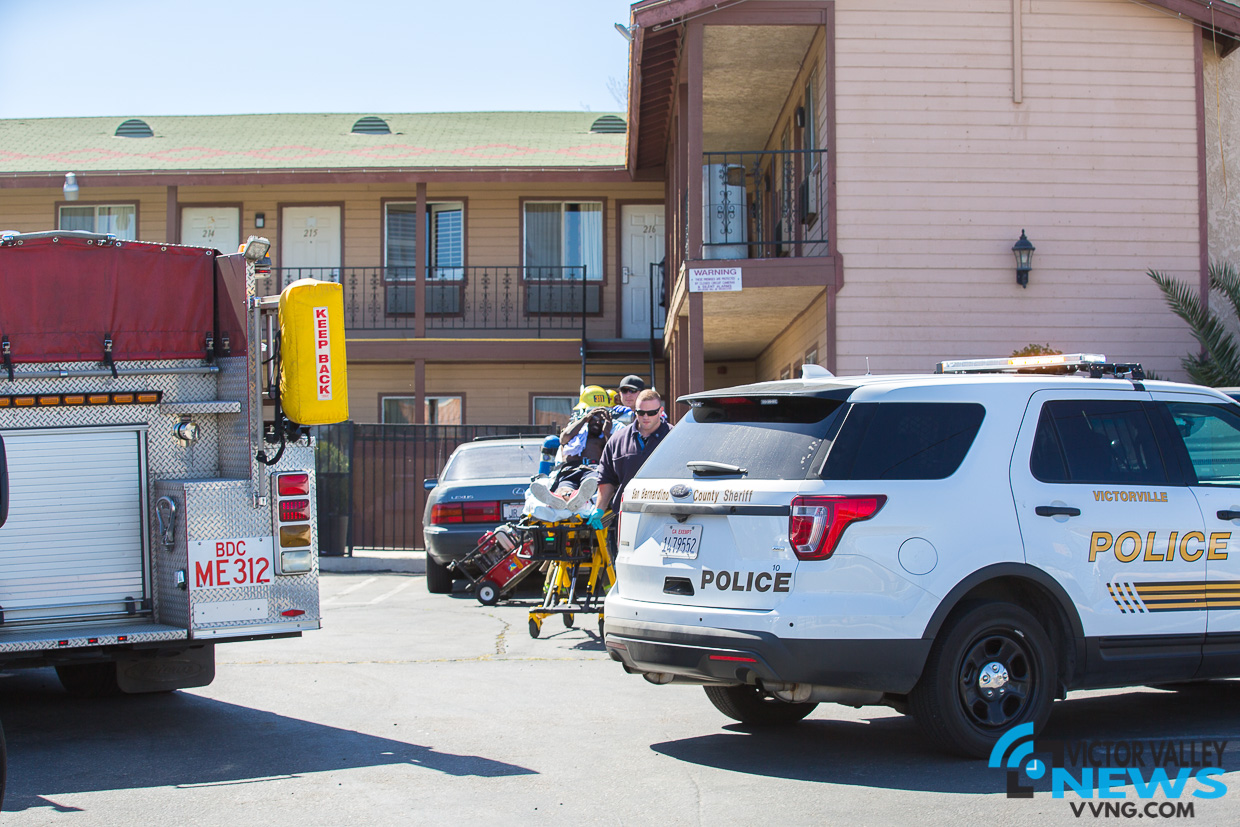 VICTORVILLE, Calif. (VVNG.com) A man who barricaded himself in a hotel room after setting it on fire was rushed to a hospital Tuesday morning.

At about 11:15 a.m. Victorville deputies along with San Bernardino County Fire responded to the Sunset Inn located at 15765 Mojave Drive.

According to Victorville Sheriff’s spokeswoman Mara Rodriguez, when deputies made entry into the room they found the man unresponsive but breathing.

Firefighters made entry and quickly extinguished a small fire inside the room.

As the man was transported by paramedics he could be seen grabbing his head. The extent of his injuries are currently unknown.

“No other injuries were reported and it appears the damage was confined to one room,” said Rodriguez.