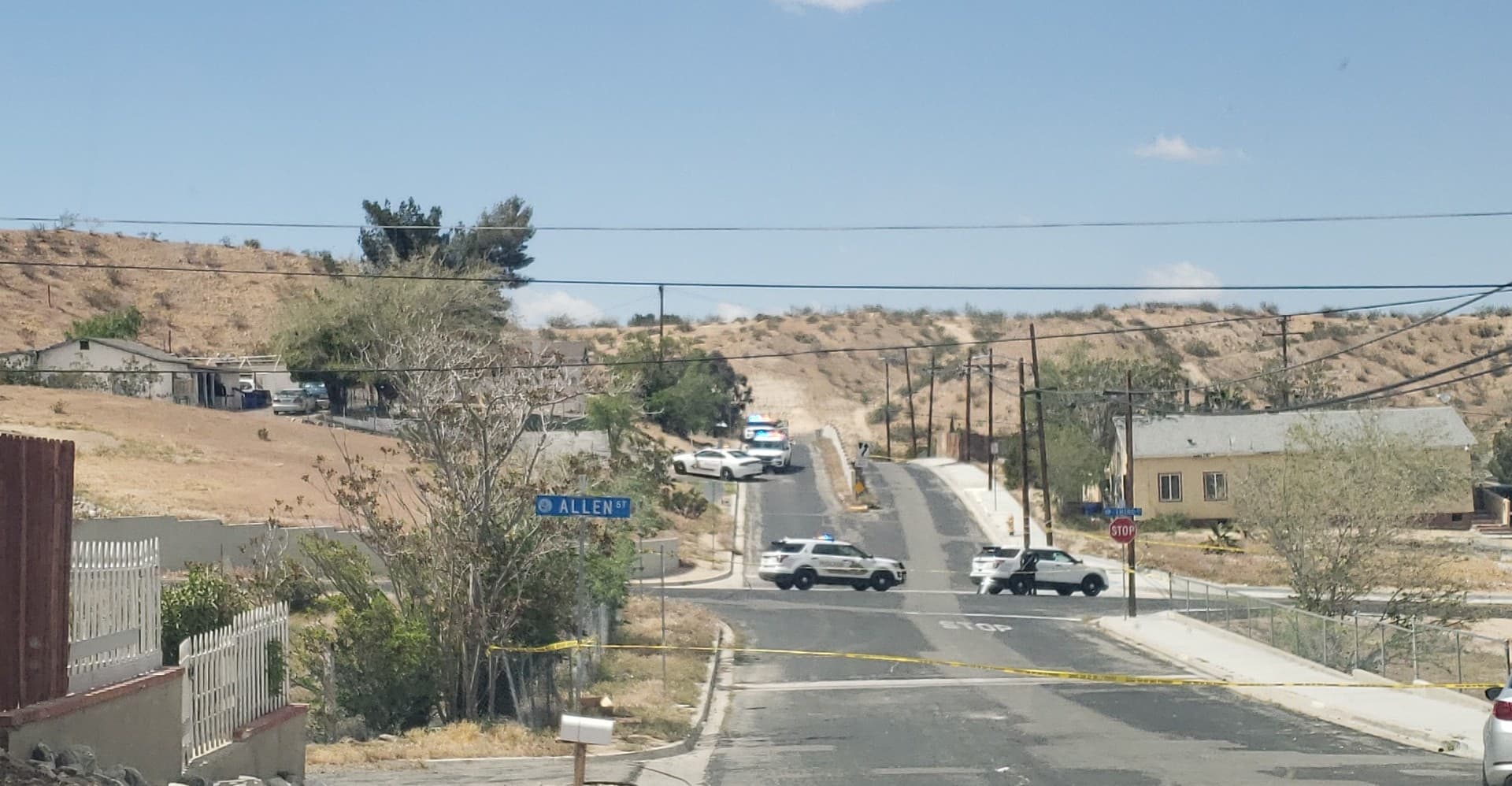 VICTORVILLE, Calif. (VVNG.com) — Police rescued a mom and her children after a man barricaded himself inside a home in old town Victorville.

Sheriff’s Spokeswoman Cindy Bachman said the female and children are all out of the home but the adult male is still inside and refusing to come out.

Information on the number of children or their ages was not available at the time of this article.

“He’s on drugs, suicidal, he’s threatened myself and family before and tried hurting us,” stated Newton.

The incident has prompted the campus of Sixth Street Prep School to go on a “safeguard status.”

“Although there is no threat to our campus, dismissal may be affected. We are working with law enforcement closely and will provide updates as soon as possible,” stated Eric Camarena, Public Information Officer for Victor Elementary School District.

Victorville City Fire is also at the scene and has been asked to stage nearby as sheriff’s officials continue to attempt to talk to the suspect.