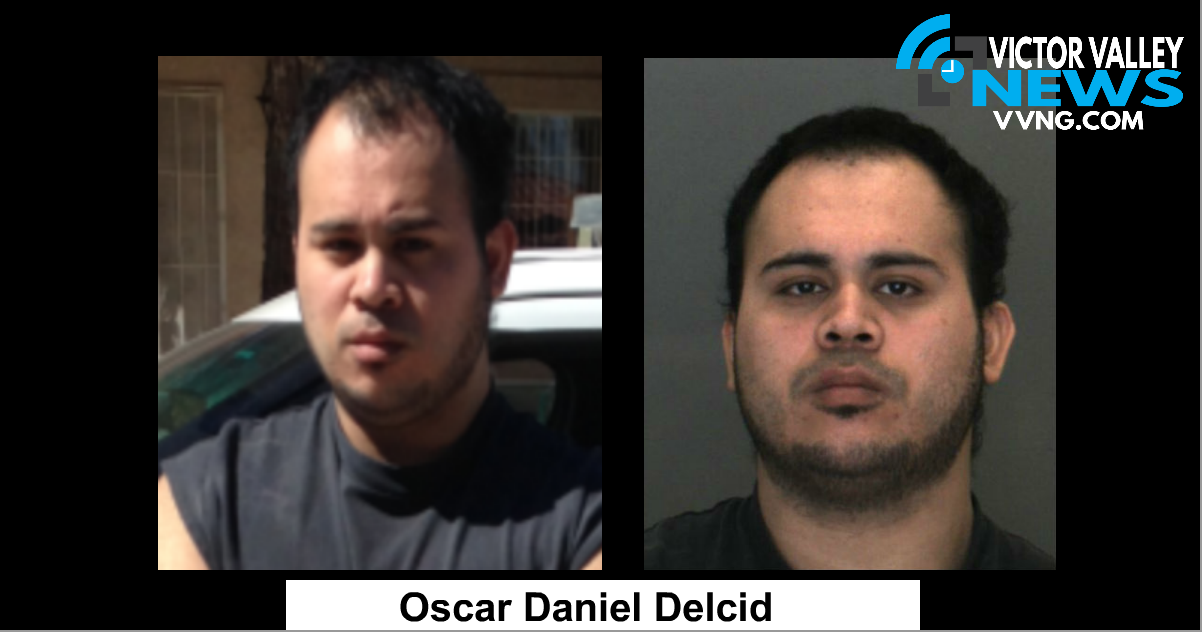 ADELANTO, Calif. (VVNG.com)- Deputies are asking for information regarding a 27-year-old man in a red Honda suspiciously following women in Adelanto.

Since January 18, 2017 the Victor Valley Sheriff’s Station has received numerous reports of a suspicious vehicle. Female victims have reported a red Honda repeatedly driving by them slowly while walking along roadways in the south end of the City of Adelanto. Deputies shared information regarding these calls and were actively looking for the suspect vehicle in the known areas.

On Thursday, March 3, 2017 another report of a suspicious red Honda was received by Sheriff’s dispatch. The reporting party had seen a male holding his penis outside his clothing while sitting in the vehicle. Deputy John Hayes responded to the report and conducted an investigation into these complaints.

Through the investigation, Deputy Hayes was able to identify Oscar Daniel Delcid as the driver of the vehicle.

Delcid was arrested and booked at High Desert Detention Center where he was later released on a citation with a later date to appear in court.

Sheriff’s officials believe there may be additional incidents involving this subject or his vehicle, which is a red Honda. Anyone who believes they may have seen this vehicle driving around suspiciously while females were walking in the south end of Adelanto, are asked to call Deputy John Hayes.

Anyone with information regarding this crime is urged to contact Deputy John Hayes at the Victor Valley Sheriff’s Station. He can be contacted by calling (760) 552-6801. Persons wishing to remain anonymous can report information to WeTip by calling 1-800-78-CRIME, or by accessing the website at www.wetip.com.