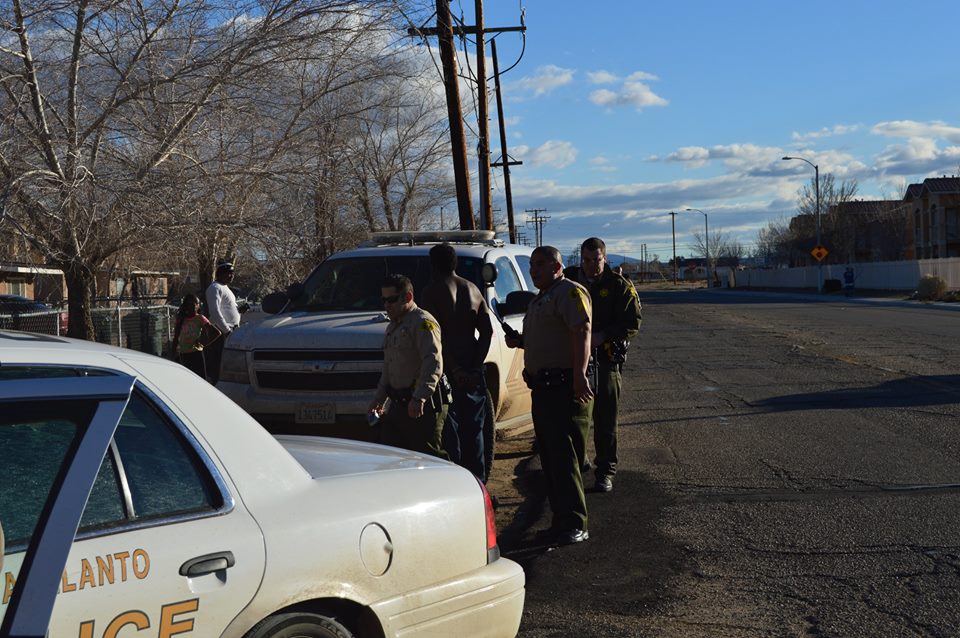 ADELANTO– (VVNG.com): On Saturday, January 31, at approximately 3:25 p.m. dispatch received a call reporting a shooting in the area just north of Bellflower Street and Chamberlaine Way.

Per scanner, the black male adult who was not wearing a shirt was inside a nearby apartment complex with a gun. The female reporting party, reported the shirtless suspect was shooting at her as he fled the scene

Adelanto police, as well as Sheriff air units responded to  the scene.

Air units called the suspect from the home that he was believed to be located in. The suspect emerged from the property and was arrested without further incident and no injuries were reported.

At this time, there is no further information available. Information will be updated as it is received.