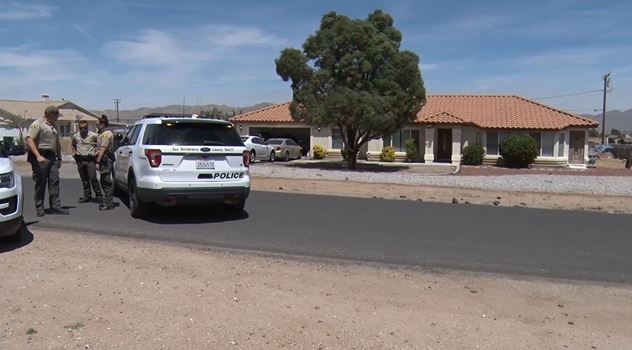 Approximately 20 minutes later, a gunshot victim walked into a local emergency room with a wound to the hand. However, at this time it’s unknown if the two incidents are related.

Sheriff’s officials are tight-lipped and haven’t released any details into the investigation.

According to booking logs, Alex Joseph Alexander was arrested for attempted murder at the address on Serrano Road and is being held on a $1 million bail. He’s charged with PC29800(A)(1) Felon Possession of a Firearm and PC305(A)(1) Prohibited to own Ammo.

Alexander is scheduled for arraignment in a Victorville courtroom on Tuesday, May 19, 2020.

Murder investigation at Motel 6 in Victorville

VIDEO: Out of control car slams into medical transportation van in Victorville