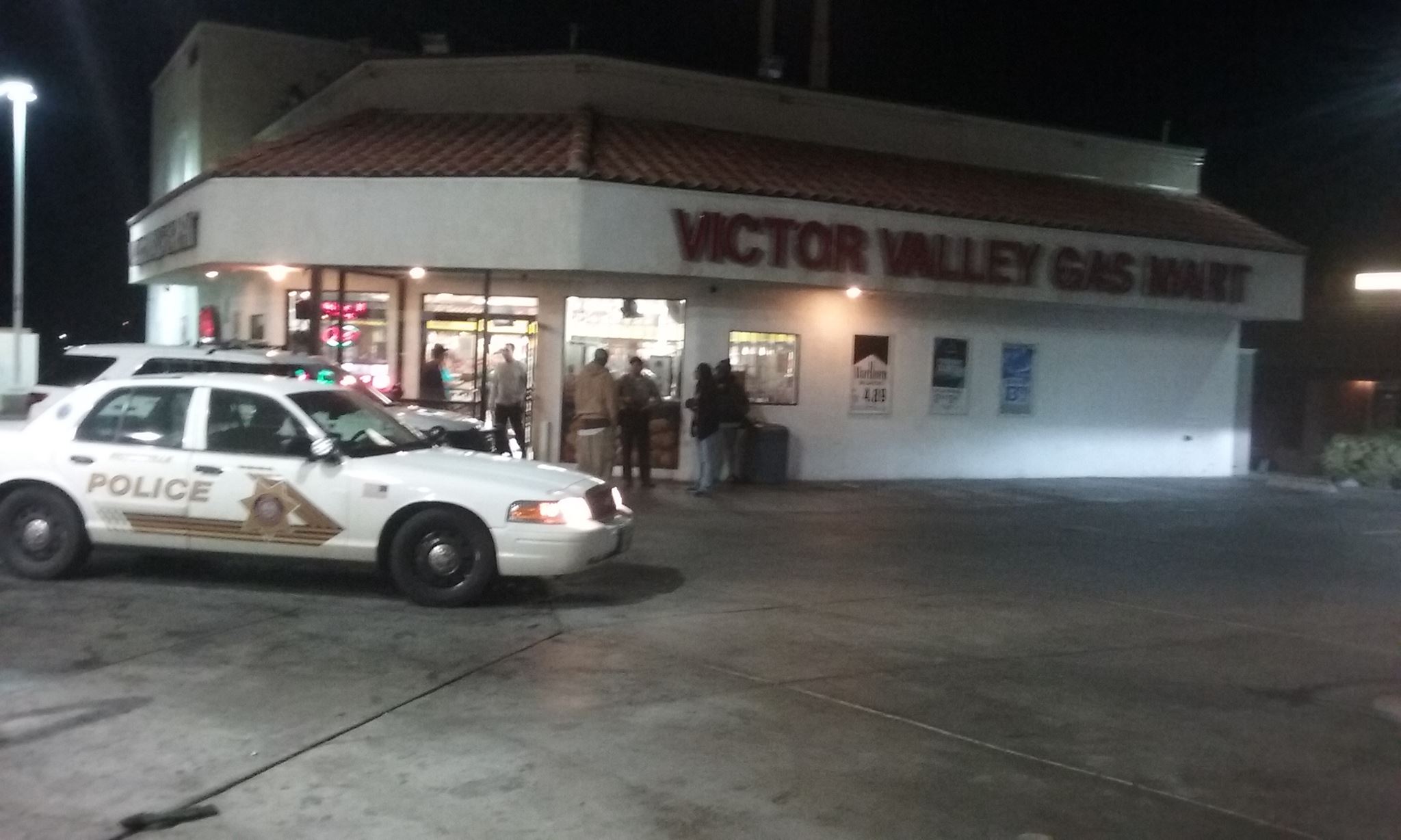 VICTORVILLE-(VVNG.com):  A 23-year-old man was arrested after an armed robbery at Victor Valley Gas Mart located in the 16800 block of Mojave Drive near La Paz Saturday night. Just after 11:15 p.m. a deputy from the Victorville station was responding to an unrelated  call near Mojave and La Paz. As the deputy approached the area, he noticed a suspicious male subject exiting the Victor Valley Gas Mart.

The deputy checked inside the store and learned that an armed robbery occurred just moments prior to his arrival and that the suspect ran in the north-west direction toward the Roadway Inn. The suspect was quickly located and was stopped at gunpoint by the responding deputy, who took him into custody without incident.  Stolen merchandise from the burglary that had just occurred was located in the suspect’s possession.

Among the items located on the suspect, identified as  Joshua Patrick Welch, was a purse, cash drawer and a shotgun. Welch was booked into the High Desert Detention Center for the robbery and for being a felon in possession of a firearm. Welch has a previous felony dated back to 2011 for the Grand Theft of a Firearm.

He is being held on $100,000 bail and is scheduled to appear at the Victorville Superior Court on Tuesday afternoon for an arraignment hearing