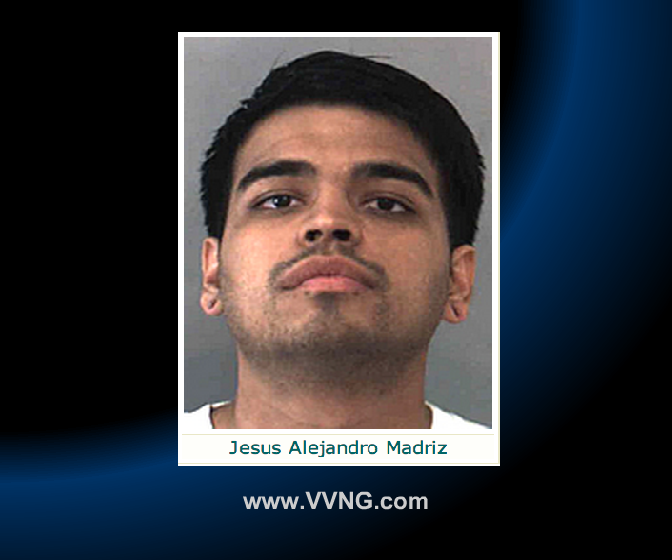 ONTARIO: In December 2013, the parents of a 15-year-old female minor discovered a 23-year old male was communicating with their daughter through an online social networking site. The suspect was soliciting the minor with inappropriate conversation and graphic photos and videos.

Investigators assigned to the city of Jurupa Valley assumed control of this case and began an extensive follow-up investigation.

On Wednesday, February 5, 2014, at 10:00 a.m., investigators arrested the suspect at his residence, located in the 2900 block of Spyglass Ct., Ontario, CA. He was later booked into jail at the Robert Presley Detention Center and has been identified as:

Jesus Alejandro Madriz, 23-year-old resident of Ontario, was charged with sending harmful matter to seduce a minor and possession of child pornography.

Investigators believe there maybe additional victims. This investigation is ongoing and anyone with additional information this incident is asked to contact Investigator Angel Gasparini at the Jurupa Valley Station at 951-955-2600.