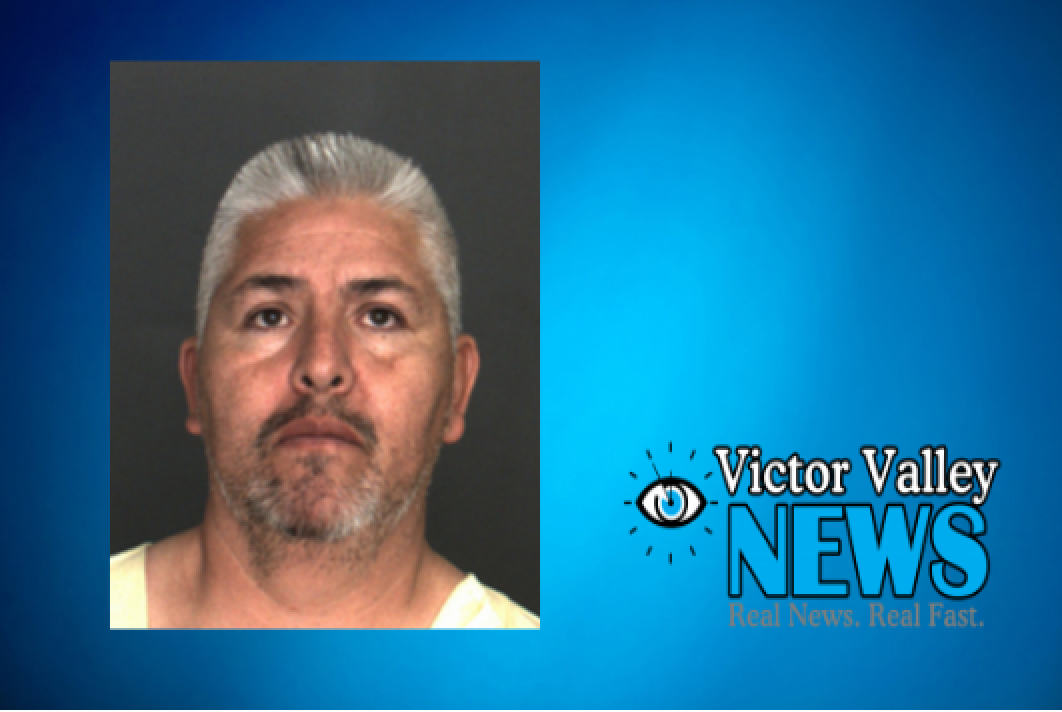 VICTORVILLE-(VVNG.com): A Big Bear man was arrested on Monday after investigations following sexual assaults in Rancho Cucamonga and Victorville led deputies to him. The initial report was made to the Rancho Cucamonga Police Department on February 18, 2016. Deputies from the Rancho Cucamonga Police Department responded to a report of a sexual assault at the New Kansan Motel. The suspect, 51-year-old William Hernandez told the victim he was a police officer and threatened the victim with a handgun before sexally assaulting her. He continued to sexually assault the victim for several hours.

During the investigation into the Rancho Cucamonga sexual assault, an additional assault was reported in Victorville. The assault was similar in nature with the suspect identifying himself as a police officer to commit a sexual assault. During the assault, an additional woman was contacted by phone by the victim. Hernandez ordered her to come to their location and she complied. When she arrived, Hernandez threatened her with a gun and sexually assaulted her. He then threatened to arrest them if they did not stay in contact with him.

In a collaborative effort, detectives from the Rancho Cucamonga, Victorville and Big Bear Stations identified Hernandez as a Big Bear resident. Hernandez was apprehended during a Big Bear traffic stop and a search warrant was obtained and executed at Hernandez’ home. Evidence was located connecting Hernandez with the sexual assaults.

Hernandez was booked at the West Valley Detention Center for several sexual assault charges, and his bail was set at $1,000,000

Due to the circumstances of these crimes, investigators are concerned there may be additional victims. Anyone with additional information regarding this incident or anyone with similar contacts with Hernandez is urged to contact the Rancho Cucamonga Police Department at(909) 477-2800 or the Victorville Police Department at (760) 241-2275. Callers wishing to remain anonymous may contact the We-Tip Hotline at 1-800-78CRIME (27463), or you may leave information on the We-Tip website at www.wetip.com