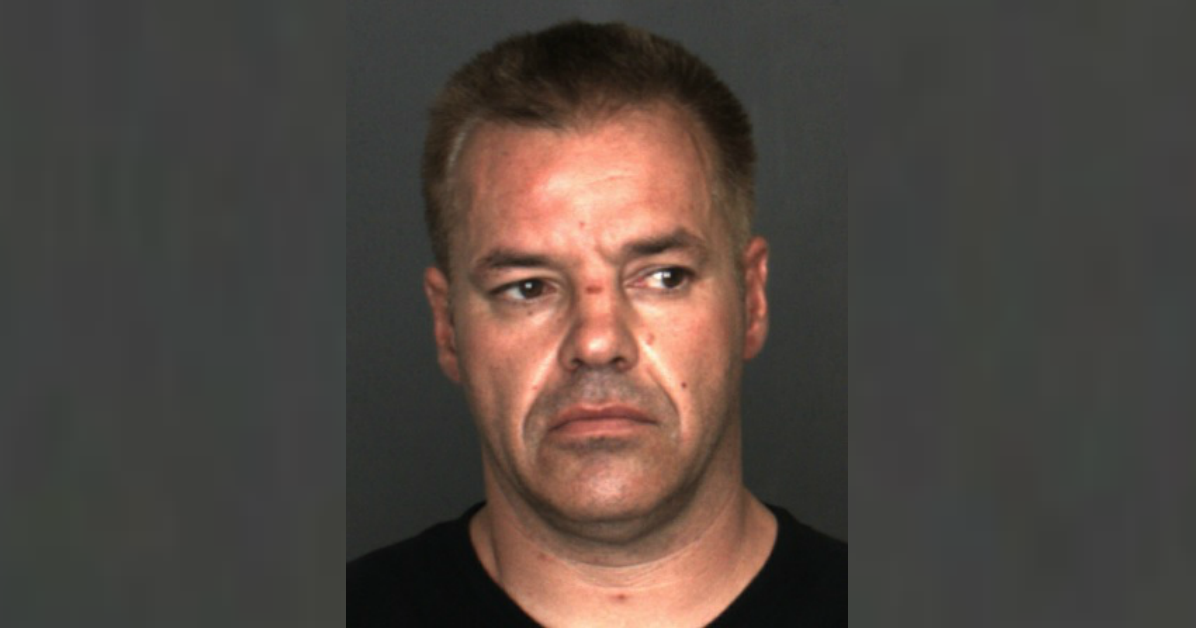 SAN BERNARDINO, CA:(VVNG.com)- A 44-year-old San Bernardino man identified as John Coppini is under arrest after posing as a caretaker for a home destroyed during the Blue Cut Fire.

On August 17, 2016, the victims, Crystal and Michael Armstrong were contacted by deputies and instructed to evacuate their property due to the approaching Blue Cut fire.

The fire at that time was not contained and was posing a direct threat to them.

After leaving their home, the Armstrongs were watching the news coverage of the fire in their area when they saw an interview done by a reporter for Channel 9 News. The male subject being interviewed, later identified as John Coppini was standing in front of their burned down house claiming to be the caretaker of the property.

When the Armstrongs returned to their property, they discovered their truck and several tools were now missing. Their truck was recovered; however, their tools remained missing. The stolen tools are valued at approximately $30,000 and are critical to the success of Mr. Armstrong’s diesel mechanic repair business. The tools are described as: trig welder, hydraulic punch, cable saw, hydraulic hose crimper, roto hammer, band saw, hydraulic hole punch, right angle drill and thousands of metric and sae sockets and wrenches.

Anyone with information regarding this investigation is urged to contact Detective K. Marshall of the Central Station (909) 387-3545. Callers wishing to remain anonymous are urged to call the We-Tip Hotline at 1-800-78-CRIME (27463) or you may leave information on the We-Tip website at www.wetip.com