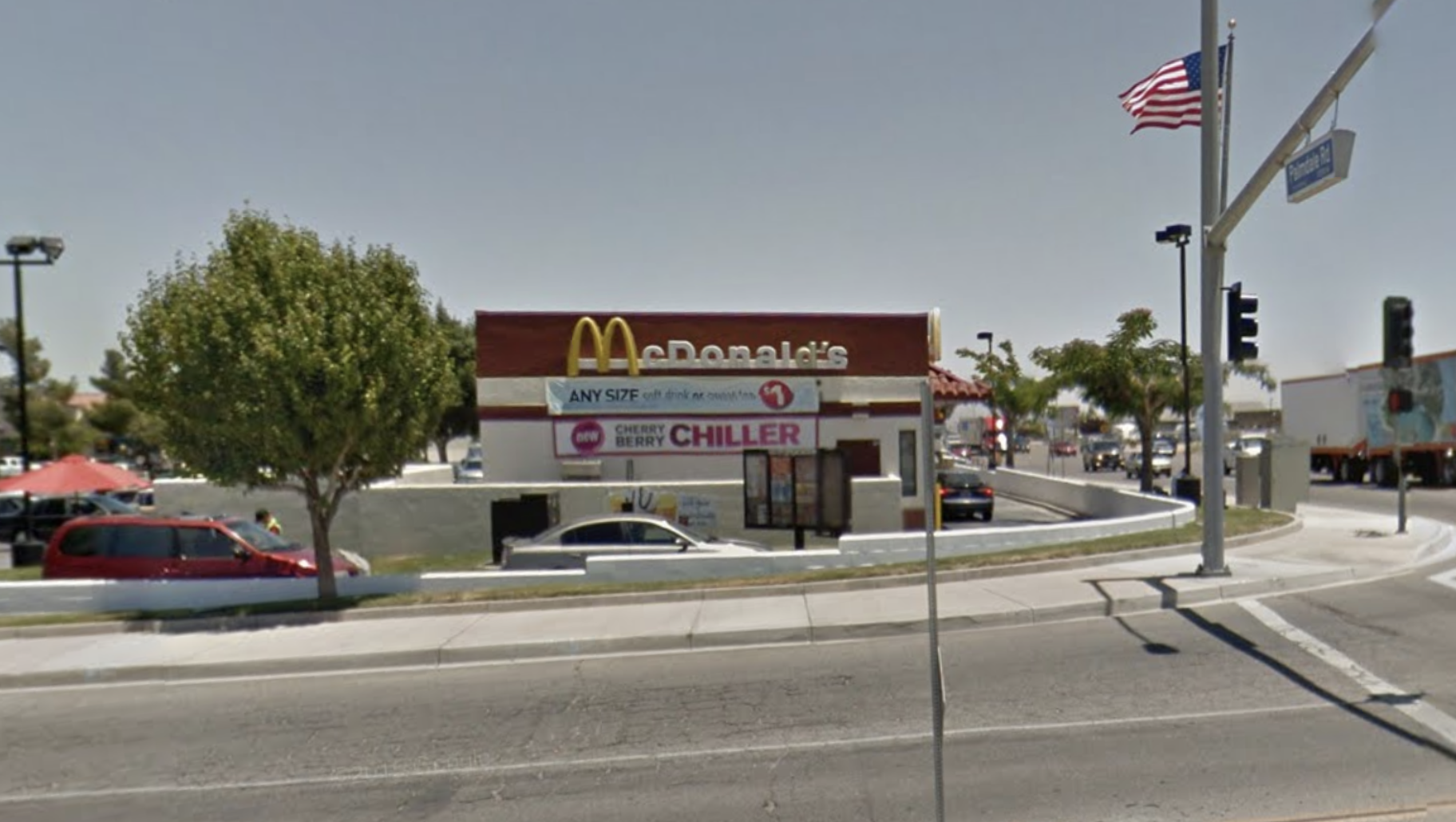 VICTORVILLE, Calif. (VVNG.com) — A 23-year-old homeless man was arrested for exposing his genitals near a busy McDonald’s drive-thru line.

It happened on Sunday, November 4, 2018, just before 9:00 am, at the fast-food restaurant located at the corner of Palmdale and El Evado Roads in Victorville.

Sheriff’s spokeswoman Mara Rodriguez said Peter Chavez, a 23-year-old transient, was standing near the McDonald’s drive-thru lanes with his pants around his ankles, prompting employees to call for a deputy response.

“The responding deputy helped Chavez pull his pants up but they fell again, exposing his genitals, and Chavez refused to take any action to keep his pants up,” stated Rodriguez.

Chavez was eventually arrested and booked for PC314.1 Indecent exposure and HS11550(A) being under the Influence of a Controlled Substance.  According to booking logs, he was cite released and was no longer in custody as of 5:45 pm, on the day of his arrest.