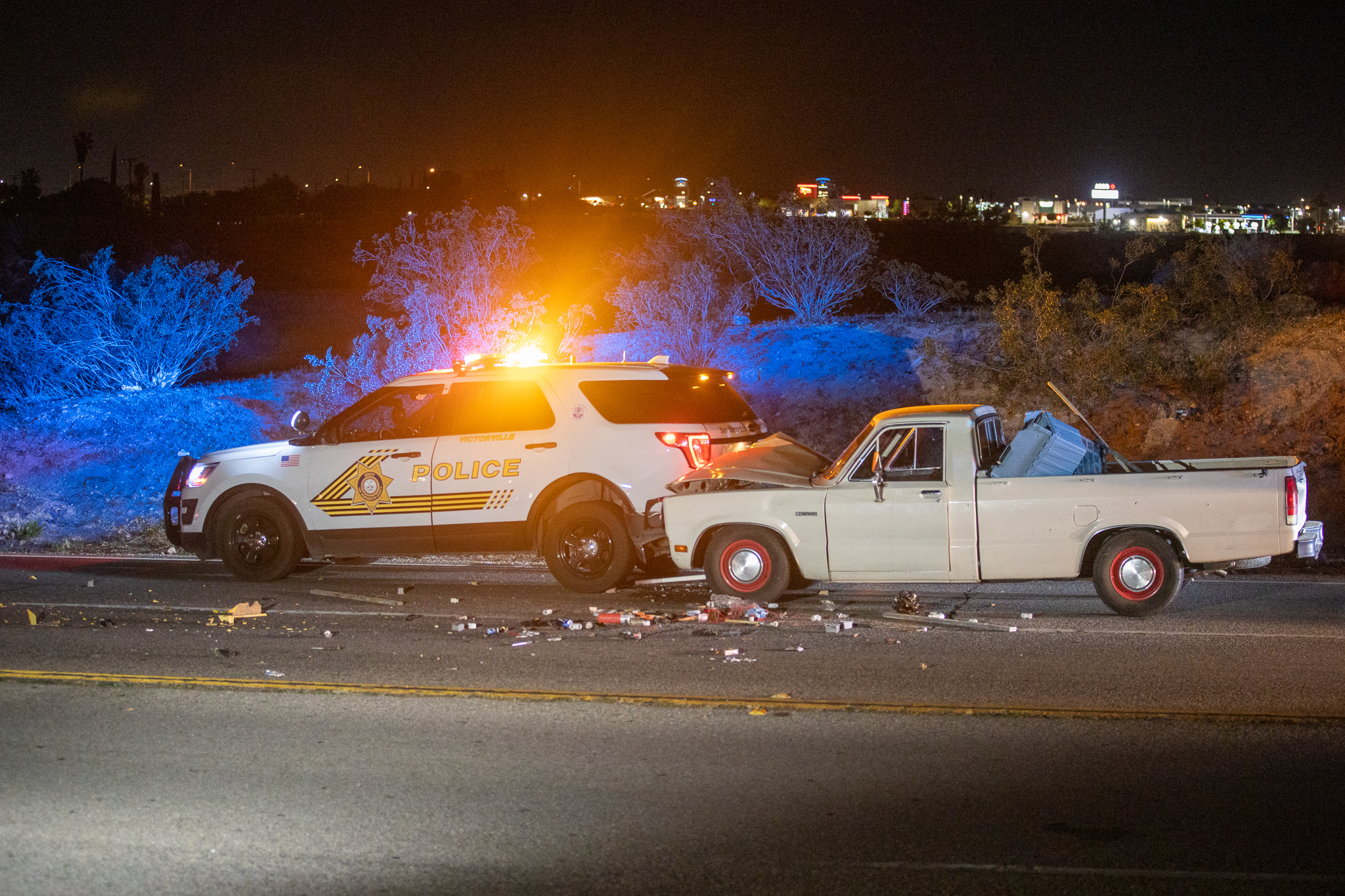 VICTORVILLE, Calif. (VVNG.com) — A man was arrested for driving drunk after he slammed into the back of a police vehicle in Victorville.

The suspect, Arnulfo Torres, 49, a resident of Victorville was arrested for driving under the influence on Saturday, June 1, 2019, just before 1:00 am.

The deputy was on a traffic stop on Mojave Drive near Don Roberto Road when an older model pickup truck collided with the patrol car, stated sheriff’s spokeswoman Cindy Bachman.

According to a reporter at the scene, Torres was handcuffed and transported to a local hospital for complaint of pain.

The deputy was not injured and did not require medical attention.

According to public arrest records, Arnulfo was cite released and is no longer in custody.