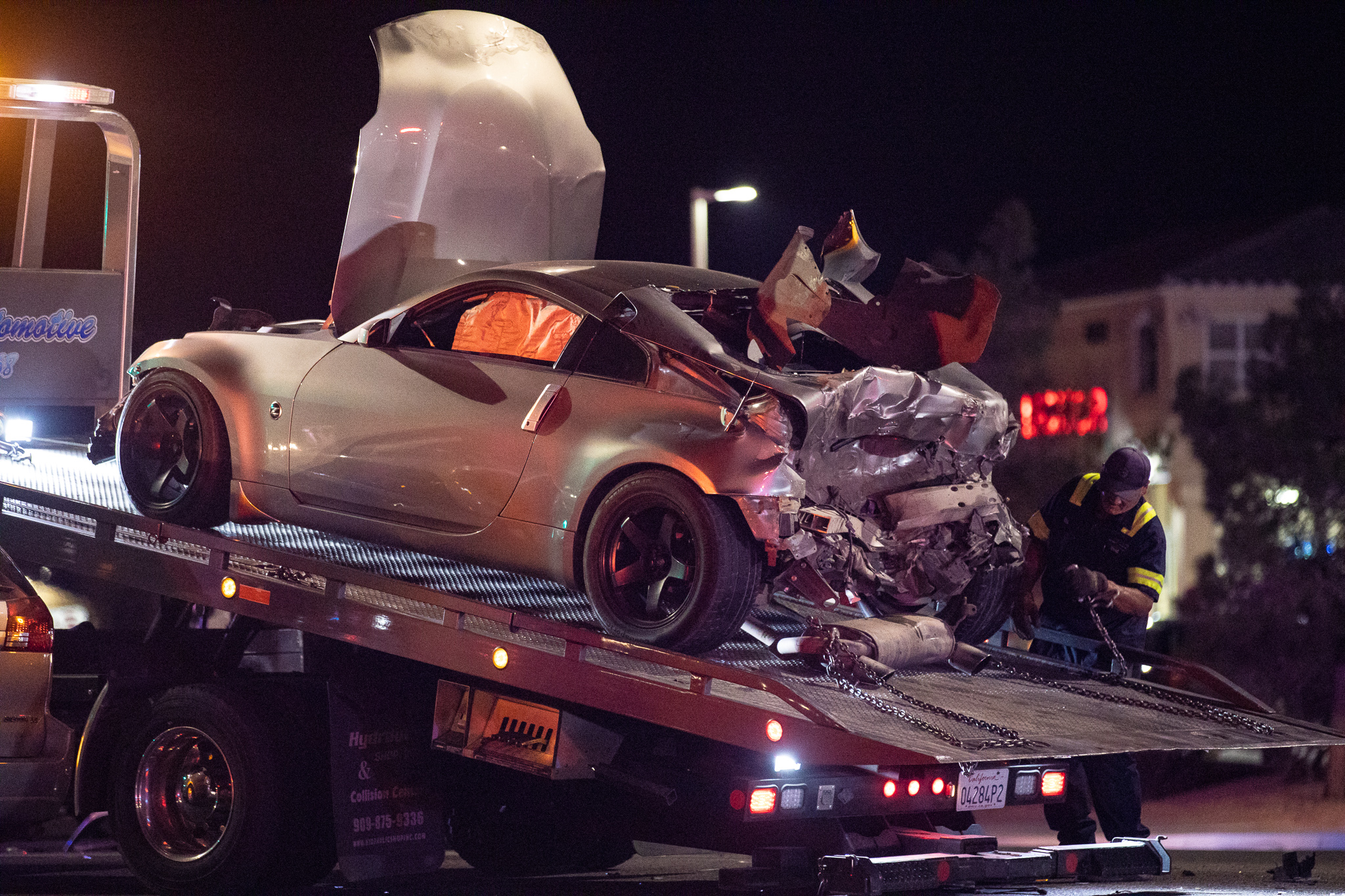 The suspect, Raymundo Ortiz-Sanchez, 44, of Apple Valley, is being held on a $100,000 bail after he was arrested for driving under the influence of alcohol.

It happened just after 9:00 pm on September 21, 2019, at the intersection of Highway 18 and Rancherias Road in Apple Valley.

The crash involved a black Nissan Xterra, a white Yukon, a silver Toyota minivan, and a gray Nissan Z.

Raylynn Dean, her wife Emily, and their disabled 11-year-old daughter were traveling southbound on Rancherias Road in the minivan.

Raylynn said she looked to her right and saw the white SUV going eastbound when the driver ran the red light and plowed into the Nissan that was stopped at the light.

The initial collision caused the Nissan to get pushed into the minivan. The Yukon continued moving, veered to the right, and crashed head-on with Xterra.

All three of the occupants from the minivan and the driver of the Nissan sedan were transported by ambulance to St. Mary Hospital.

Raylynn told VVNG they’ve all been released from the hospital and are recovering. The small family will now work on trying to get their van and daughter’s special car seat replaced. “His choice has greatly affected ys and will for a long time. I pray he learns from this.”

Sergent Jeff Allison said the driver who caused the collision was found to be DUI and was arrested. Ortiz-Sanchez is charged with CVC23153(A)-DUI causing injury.  His court date is September 24th in a Victorville courtroom.