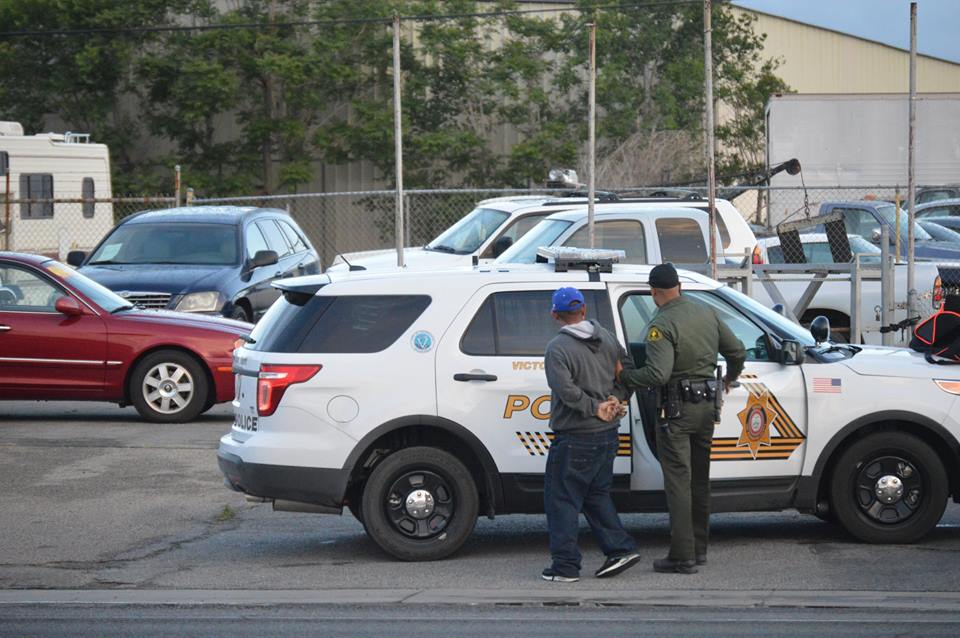 VICTORVILLE-(VVNG.com): On Thursday evening a male subject was arrested for the assault of his mother and an elderly woman.

The man first assaulted his mother, fled the scene and arrived La Casita Mexican Restaurant located in the 14900 block of Palmdale Road in Victorville.

The man, identified as 31-year-old Robert Avalos entered the restaurant and asked a 79-year-old female employee to use the restroom, when she said no he knocked her backwards injuring her arm.

The 79-year-old woman complained of pain in her arm that she felt may be serious. An ambulance was requested at the restaurant, but was later cancelled. No other injuries were reported as a result of this incident.