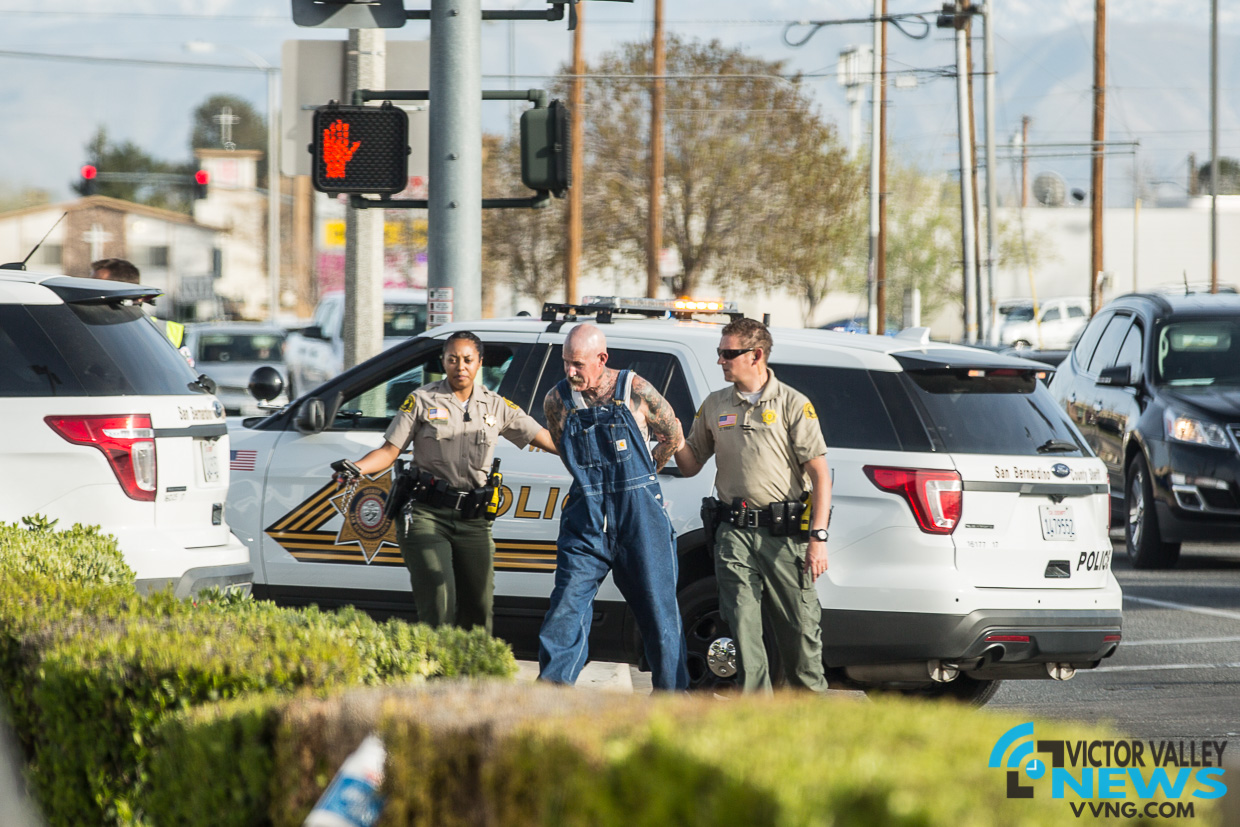 VICTORVILLE, Calif. (VVNG.com) A 56-year-old man was arrested for DUI after he crashed into a traffic signal light on St. Patrick’s Day.

At about 4:45 p.m. deputies responded to the area of La Paz Drive and Valley Center Drive reference a vehicle into a pole.

Deputies arrived and located a red Dodge minivan had collided into a traffic signal light in the westbound lanes of La Paz Drive.

The driver, William Andrew Gaines, appeared to be intoxicated and was placed in handcuffs.

According to public arrest records, Gaines was booked into the Adelanto Detention Center for DUI Alcohol/Drugs and a hit-and-run causing property damage. Gaines is currently ineligible for bail and has no scheduled court date appearance.