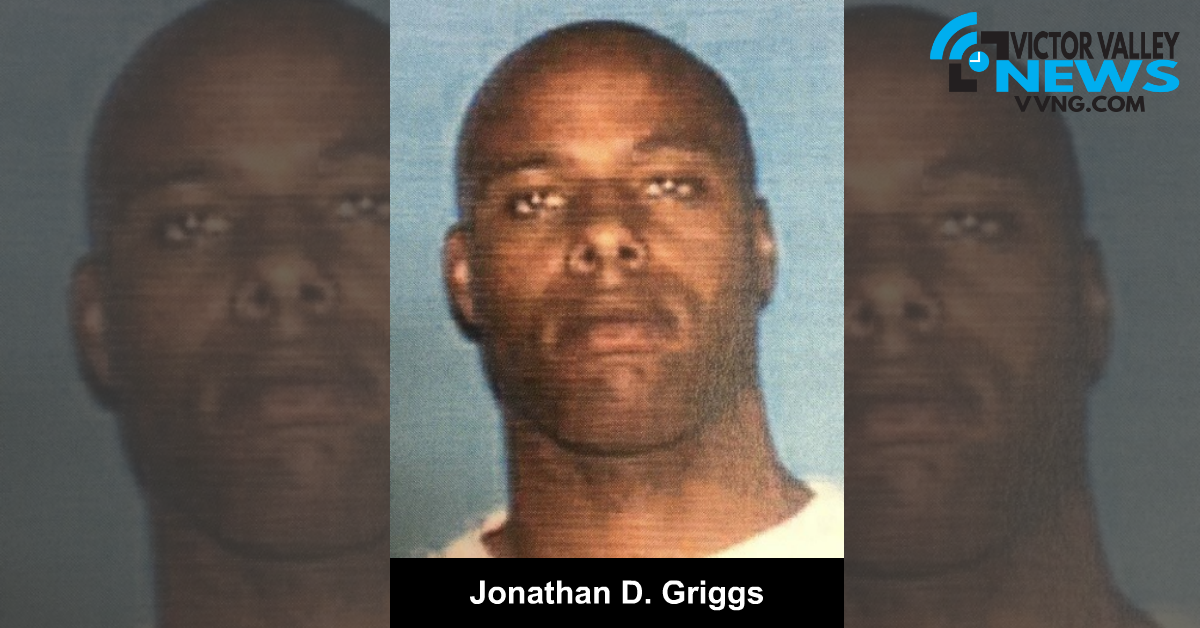 BARSTOW, Calif. (VVNG.com) – A Barstow man is under arrest for allegedly drugging, raping, and pimping a teenage girl from Victorville, authorities said.

On March 28, 2017, at approximately 3:38 PM, officers responded to the 300 block of West Main Street in Barstow regarding a female reporting that she was the victim of a sexual assault.

Officers interviewed the underage girl from Victorville and learned that Jonathan D. Griggs, 38, an acquaintance she had recently met drugged and raped her.

“The victim stated that on March 27, 2017, Griggs brought her to Barstow where he coerced her into using illicit drugs and then sexually assaulted her,” according to a Barstow Police Department press release. “The victim reported that Griggs then instructed her to prostitute herself in order to make money for him.”

According to the victim, when Griggs sent her out to prostitute herself and allowed her to walk away she was able to get to a safe location and call the police.

The Barstow Police Department’s Detective Division assumed the investigation and Detective Peter D’Andrea began investigating the incident. Detectives and Evidence Technicians responded to the location where the sexual assault occurred and processed the scene. Detective D’Andrea’ investigation revealed further evidence corroborating the victim’s statement. Detectives also conducted a photographic line-up and the victim positively identified Jonathan Griggs as the person who assaulted her.

Detectives attempted to locate Griggs but were unsuccessful.

The detectives made contact with the resident and conducted a search for Griggs. Detectives located Griggs hiding in the bathroom. Detectives placed Griggs under arrest and transported him to the detective division for further investigation.

Anyone with information regarding this investigation may contact Detective Peter D’Andrea at 760-255-5183 or at the Barstow Police Department at (760) 256-2211. Those wishing to remain anonymous may also report criminal activity by calling the WE-Tip hotline at 1-800-78-CRIME or may leave information on the We-Tip website at www.wetip.com.