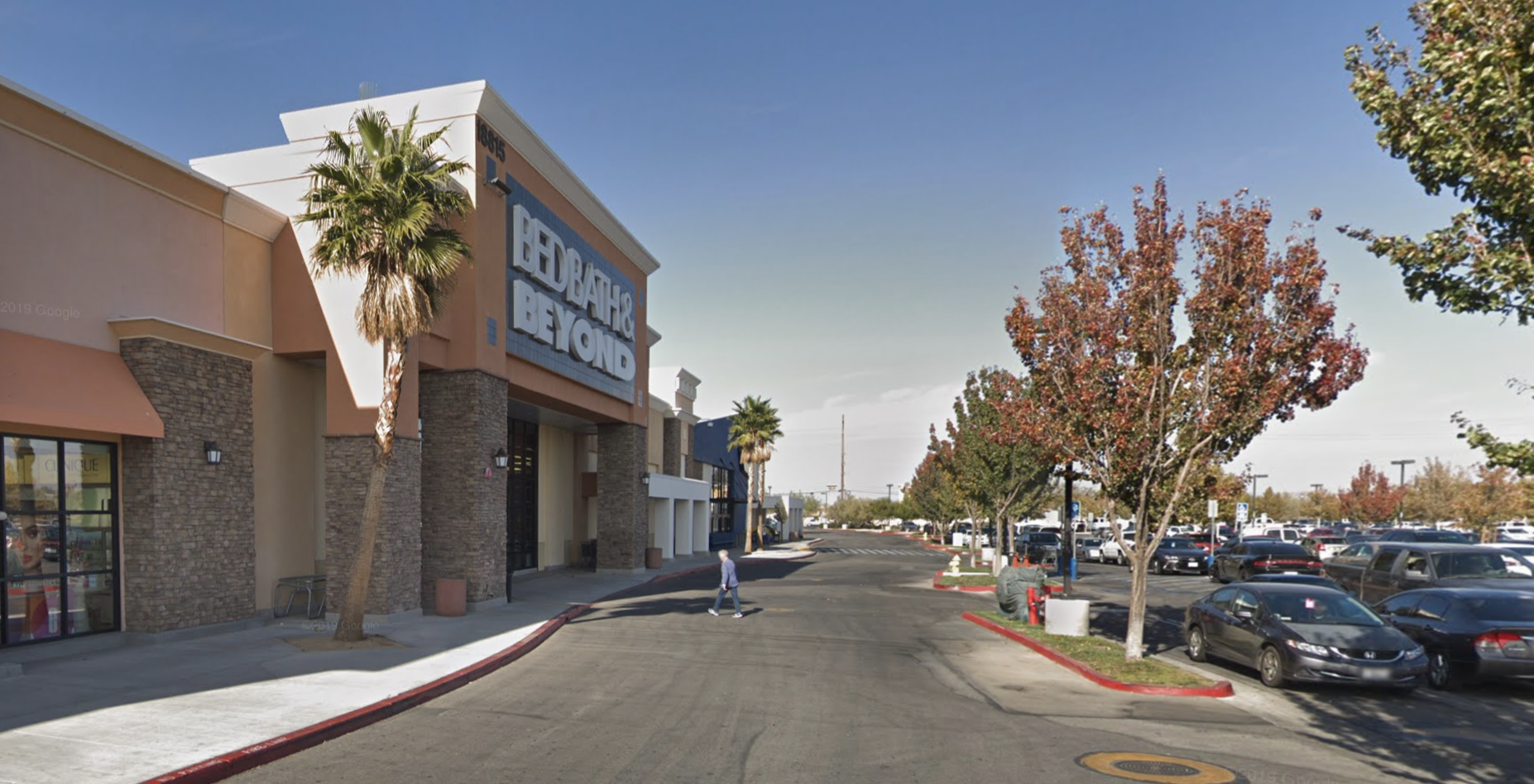 APPLE VALLEY, Calif. (VVNG.com) — Police arrested an Apple Valley man who stole a cart full of merchandise from Bed Bath & Beyond and threatened to stab an employee and a security guard, officials said.

At about 5:00 pm, deputies were requested to the store regarding a robbery involving a male suspect later identified as Matthew Bedell, 51.

Sheriff’s spokeswoman Jackie Alban said the Bedell entered the business and loaded a shopping cart full of merchandise, including a knife set, and exited the store.

Bedell was followed through the parking lot by a security guard and store employee before confronting him.

“Prior to retrieving the shopping cart, Bedell pulled a kitchen knife out of the cart and a fixed blade knife from his hip, pointing it at the employee and security guard and yelled “Quit following me!  I’ll stab you!” stated Alban.

Deputies responded to the location and arrested Matthew Aaron Bedell. He was booked at the High Desert Detention Center in violation of PC 422, criminal threats and PC211, armed robbery.

Bedell is scheduled for arraignment in a Victorville courtroom on July 9, 2019. His bail is currently set at $100,000.