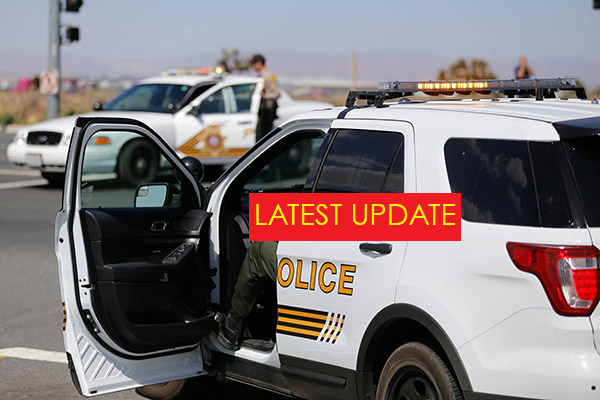 VICTORVILLE, Calif: (VVNG.com) Friends and family are speaking out on behalf of a local man who was arrested after allegedly making “terroristic threats.”

The incident began just past noon on June 14th after an employee at a medical office located on the 13000 block of Hesperia Road, called sheriff’s dispatch to report a man in their building making threats.

Per scanner traffic, the employee referenced the man saying  “I’m about to shake this place up. I praise Allah. You know who I am. You can Google me.”

According to San Bernardino County Sheriff’s Spokeswoman Mara Rodriguez, the man accused of making the threats was initially detained by Apple Valley deputies and later arrested by Victorville deputies.

“The suspect, Omar Ahmed Muniser 32 of Apple Valley, was arrested and booked for making the threats. However, after interviewing the suspect and serving a search warrant at his home, there was no evidence of him being tied to any radical movement. No weapons, ammunition, or other related items were located. Furthermore, it was never confirmed that he made any reference to “Allah” while at the business,” stated Rodriguez.

After the initial article was posted on Victor Valley News, it sparked an uproar between the commentators ranging from strangers to close friends and relatives of Muniser.

Muniser’s mother Victoria Baranowski told Victor Valley News, “He is not a terrorist, he said “yala” to his son which means “let’s go.” He is a Christian, his music is for everyone, many know him and knows what he stands for. He was born in Anaheim, lived in California his whole life.”

“Some fool took his words way out of context,” stated Baranowski, “he had a few health issues and the doctors there are dragging their feet. He was there seeking info on his health.”

Omar Muniser was in a band called Break The Cycle that created music targeting unity and anti-racism.

It’s evident through the several dozen comments left behind that Muniser is well-respected by those who know him, and even those who have met him briefly.

Although some family members believe police and media may have overreacted, others say any threat should be looked into and examined.

“The guy that killed so many innocent people in Florida was stopped by law enforcement 3 times and was let go and look what happened. This guy making threats at this business should be jailed and investigated…,” stated Barbara Lopez.

Others speculate that people are on edge after the tragedy that recently occurred in Florida, where Omar Mateen, A U.S. Citizen born in New York, killed 49 people and injured 53 others at the Pulse nightclub in Orlando.

“I understand that the world we live in today has taken us to a whole new level of fear. With the current terrorist attack in Orlando, I understand the heightened awareness of people around you. However, people need to absolutely be sure of the accusations you are throwing around. This young man who is being accused of this, I personally know, and (he) is not a terrorist. He (is) far from it. He is a loyal friend, a good father and a big-hearted person who would do anything for anyone. This man’s life has now been turned upside down because of someone’s fear and stereotype,” said Leslie Lindo Kondrotas.

Sheriff’s Spokeswoman Mara Rodriguez said, “he did threaten the business/employees, there are just differing stories as to exactly what he said.”

Omar Muniser was released on bail and has no scheduled court appearances at this time, according to public court records.