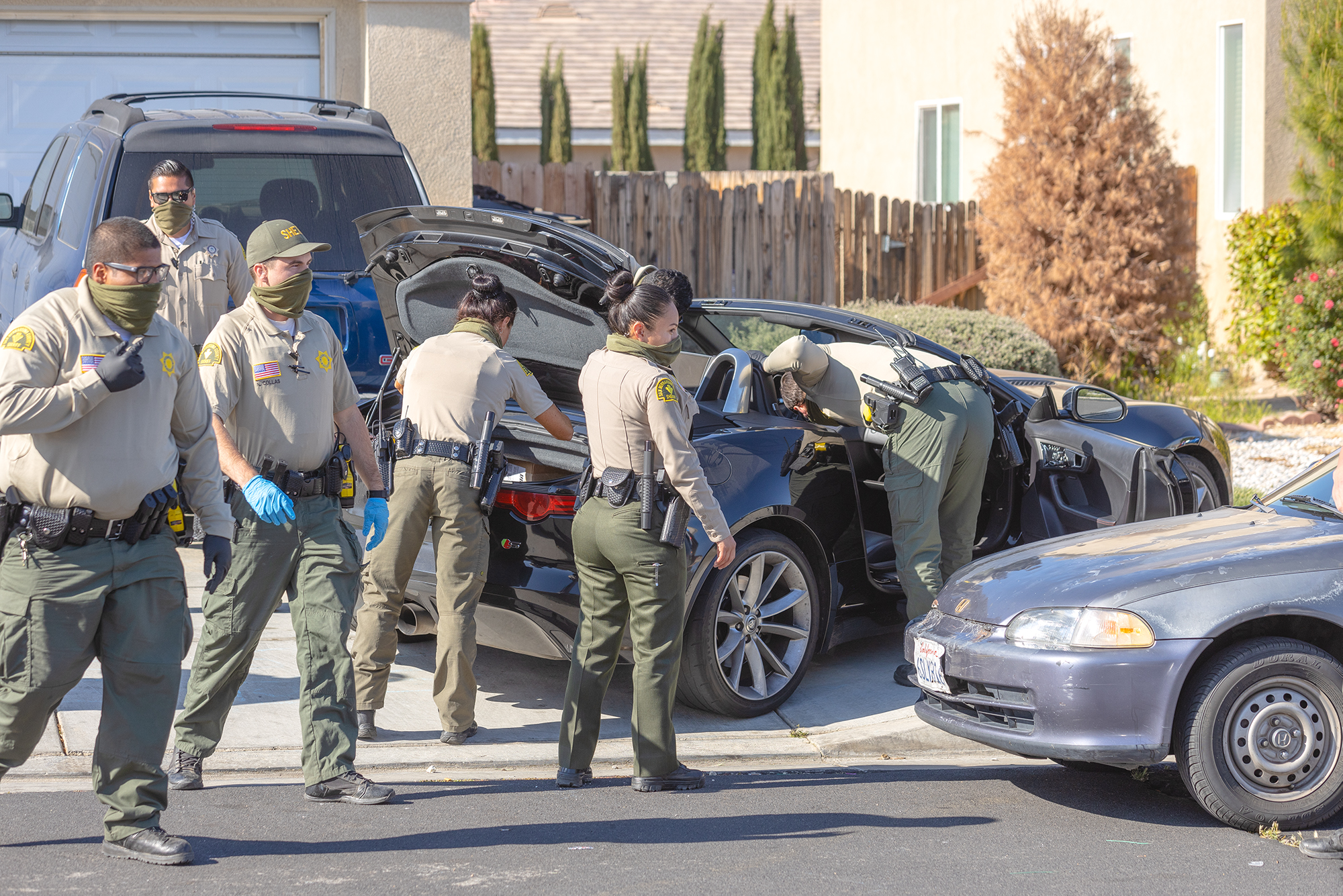 It’s believed the suspect knew the people inside the residence as he was shouting for them to take the keys. A young female from the residence was also detained at the scene while deputies investigated.

The driver of a black 2014 Jaguar F-TYPE was arrested for PC 2800.2, reckless driving while evading a peace officer.

No injuries were reported and no other further were immediately available.