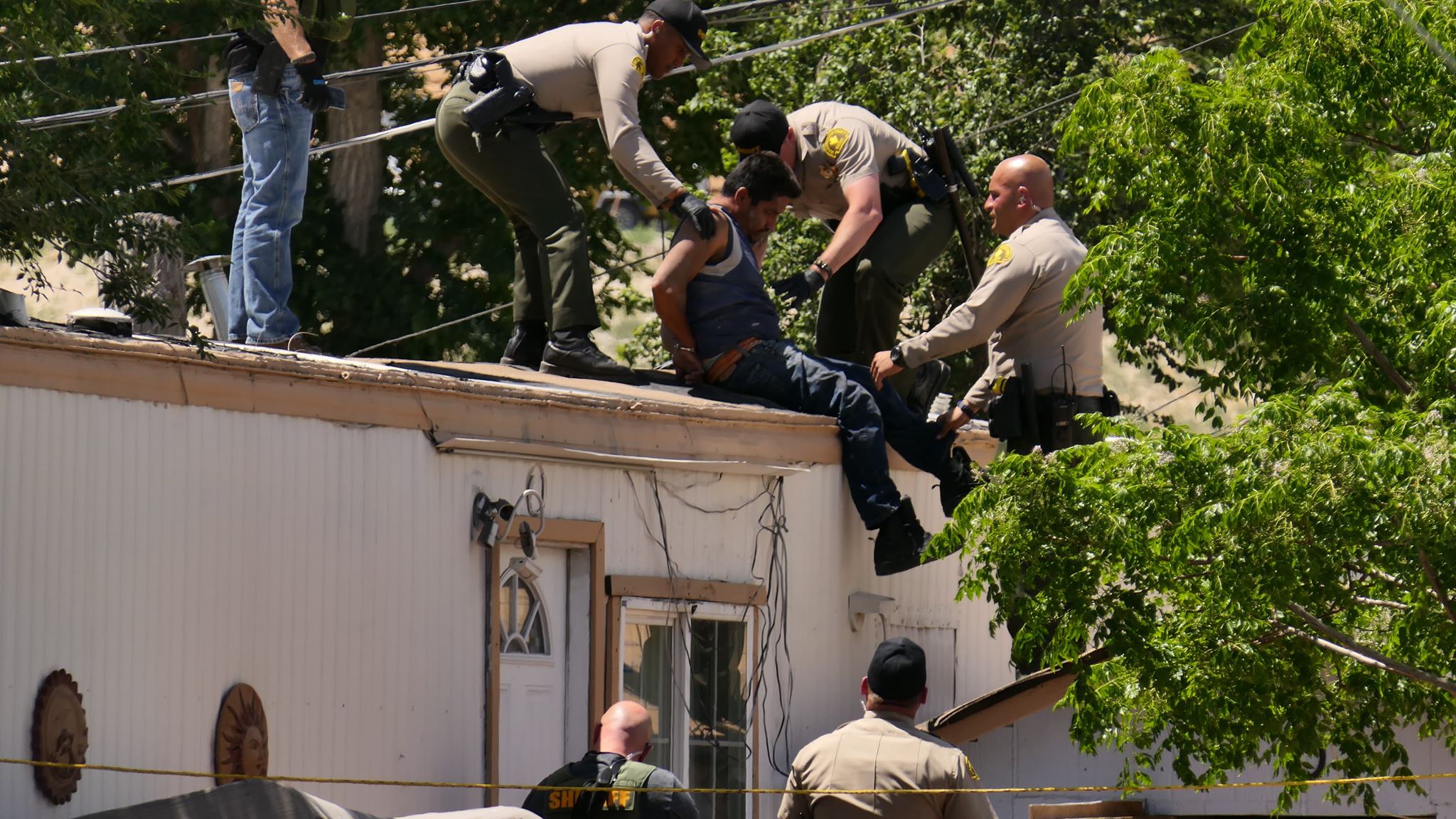 VICTORVILLE, Calif. (VVNG.com) — A man allegedly armed with a machete was taken into custody after he climbed on the roof of a mobile home park Wednesday afternoon.

It happened on May 29, 2019, at about 1:19 pm Victorville station deputies responded to the Iron Horse Mobile Home Park on D Street.

Sheriff’s spokeswoman Mara Rodriguez told Victor Valley News an employee at the park called police and reported a tenant who was yelling, cussing at him, and had a machete.

“He was also yelling at other tenants and eventually climbed on the roof of one of the trailers. When deputies attempted to have him come down from the roof, he refused,” stated Rodriguez.

Deputies eventually climbed on the roof and took him the suspect into custody without incident.

The suspect was identified as 51-year old Jorge Martinez of Victorville.