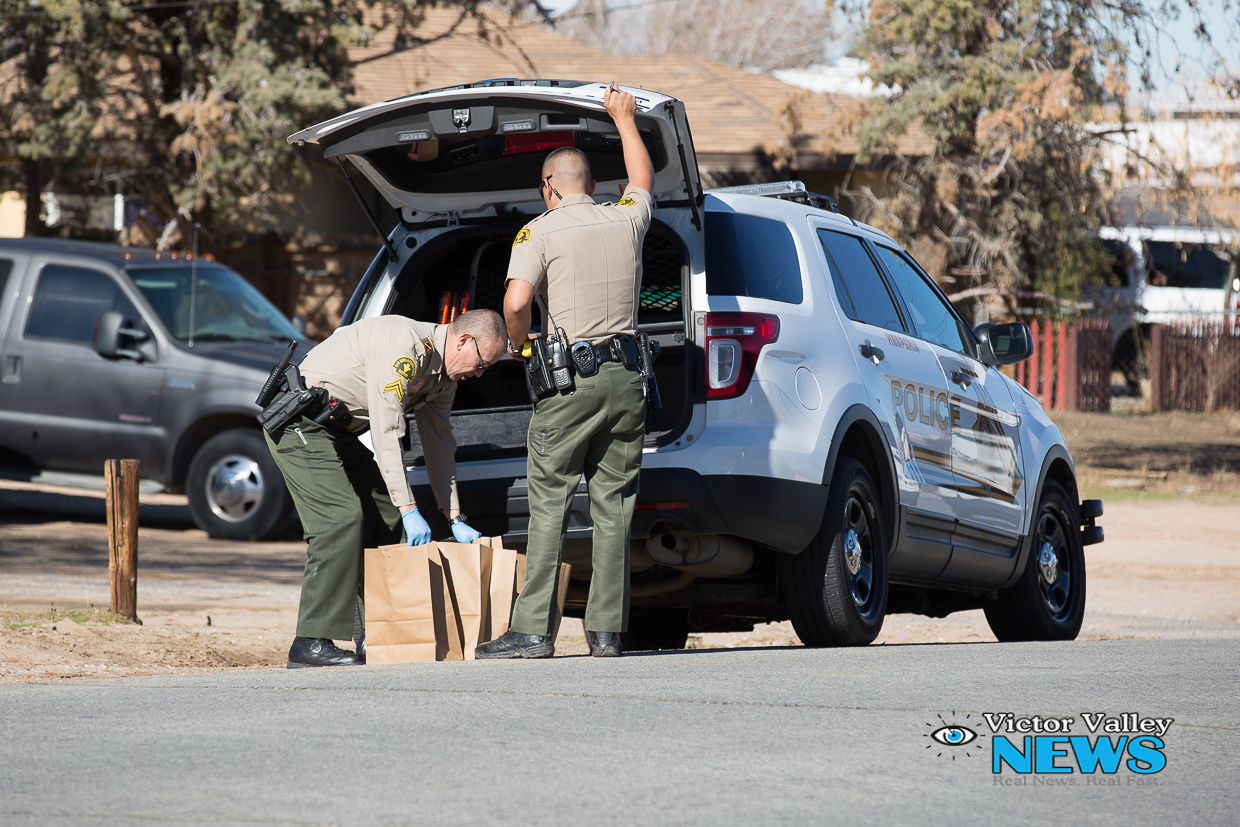 HESPERIA, Calif. (VVNG.com) Authorities collected evidence from a home and are conducting a law enforcement investigation after a man was airlifted with major head injuries Tuesday morning.

The call was dispatched around 11:00 a.m. from a home on the 10600 block of Balsam Avenue with reports of an Asian male who was suffering from a major laceration to his head.

Hesperia Sheriff’s Station Spokeswoman Jackie Chambers told Victor Valley News that a Code Enforcement Officer was conducting a follow-up at a residence undergoing renovations when they made a suspicious discovery.

“When [Code Enforcement] arrived on scene a male subject frantically left the residence and fled on foot,” Chambers said, which then prompted the officer to contact the Hesperia Sheriff’s dispatch to report the incident.

“Deputies arrived on scene and located a subject with major injuries, the subject was transported to a trauma center for further treatment,” stated Chambers.

A neighbor who lives nearby said the house has been vacant for some time and nobody lives there.

Another witness who lives in the neighboring home said the suspect entered her house and acted strange. She said the man was hugging and kissing her 90-year-old grandmother in the living room before leaving on foot.

A man was detained by deputies near the residence, however, officials did not comment further on the ongoing investigation.

More information will be updated as if becomes available.

The home on Balsam Avenue was taped off for the investigation. (Gabriel D. Espinoza, Victor Valley News)

Detectives took photos inside and outside a home that was undergoing renovations after a man was found with major head injuries. (Gabriel D. Espinoza, Victor Valley News)