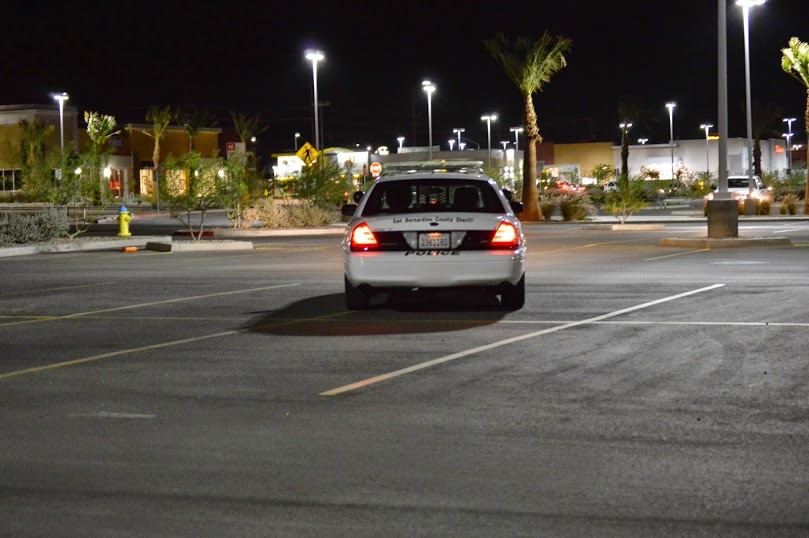 VICTORVILLE-(VVNG.com): On Saturday, May 30, 2015 at approximately 11:20 P.M., a subject reported rocks being thrown at his daughter’s vehicle on the 15600 block of Roy Rogers Drive in Victorville.

The man, who was with his daughter, then got out of the vehicle to find out why rocks were being thrown at his vehicle. When he approached the suspect with his red Maglite flashlight, he was stabbed three times in his lower quadrant.

According to the victims adult daughter, the suspect, who appeared to be drunk, was described as a white male, wearing a white shirt and a backpack. He was believed to be about 65 years of age, 5’8”, with a beard and dirty.  The victim believes that the man was a transient.

The injured man then drove himself to Victor Valley Global Medical Center, where he was airlifted Arrowhead Regional Medical Center for emergency surgery. As of Sunday morning at 9:00 A.M., the victim came out of surgery, but the recovery will be difficult due to a possible infection.

At approximately 4:00 A.M. the suspect was identified and arrested. He was booked into the High Desert Detention Center for Assault with a deadly weapon.