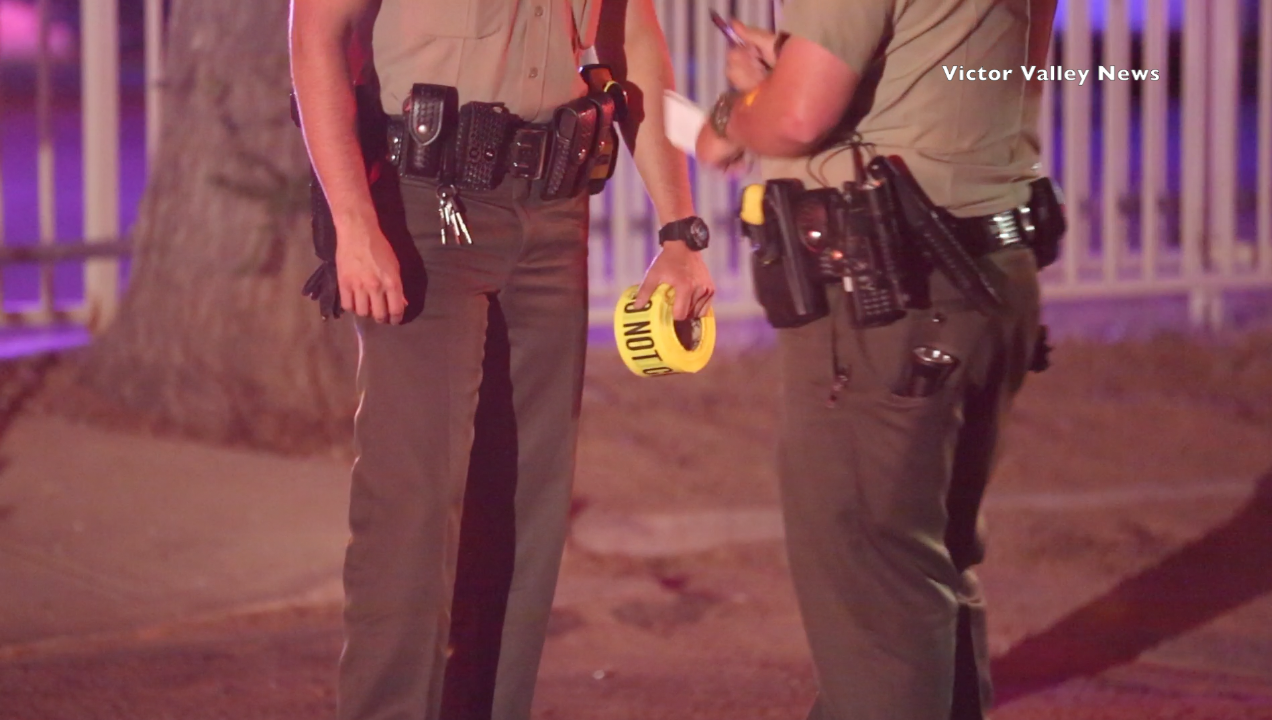 ADELANTO, Calif. (VVNG.com) A man was airlifted after he was shot by masked gunmen during a home invasion at an apartment complex Wednesday night.

The shooting was reported at 9:54 pm., at the Highland Apartment complex on the 12000 block of White Avenue in Adelanto.

“According to the adult male victim, he was sitting on his couch when he received a knock at the door,” sheriff’s officials said in a Thursday morning press release.

When the victim answered the door, four unidentified black male adults rushed inside stealing the victim’s jewelry. Three of the suspects were wearing bandanas and gloves.

The suspects shot the victim once in the upper chest area before fleeing from the scene, stated officials.

The victim was flown to a trauma center for treatment of his injuries.

The investigation is ongoing and there is no additional information available at this time. The victim and witnesses were not cooperative with the investigation. Anyone with information regarding this crime is urged to contact Detective Mark Gernon at the Victor Valley Sheriff’s Station, (760) 552-6801. Persons wishing to remain anonymous can report information to WeTip by calling 1-800-78-CRIME, or by accessing the website at www.wetip.com.