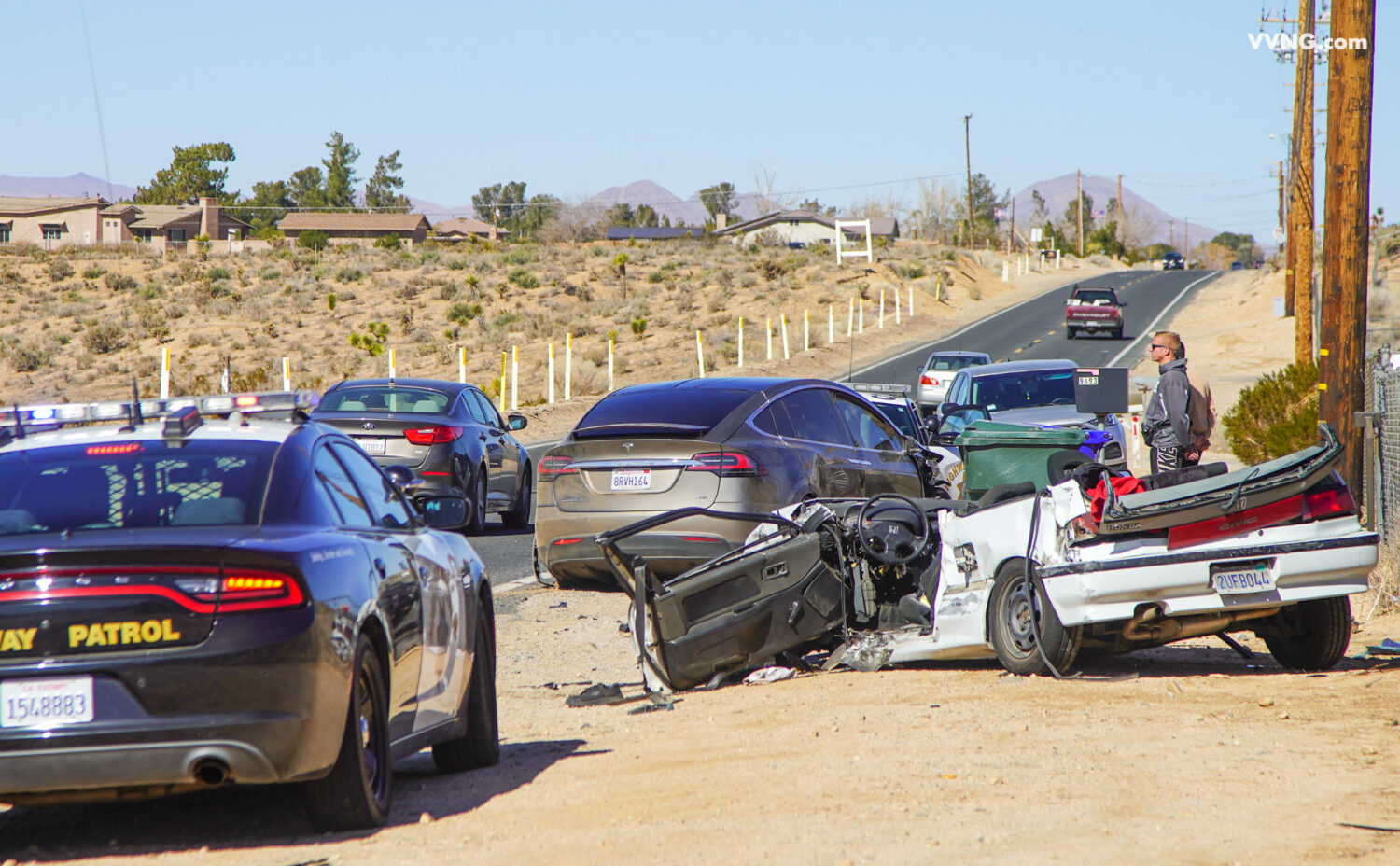 APPLE VALLEY, Calif. (VVNG.com) — A man critically injured in a T-bone traffic collision on Friday afternoon was airlifted to a trauma center.

It happened at about 12:14 pm, on Kiowa Road near Roundup Way in the Town of Apple Valley.

Firefighters with the Apple Valley Fire Protection District responded to the incident and located the driver of an older model Honda Civic trapped inside the vehicle. Firefighters used the jaws of life to cut the roof of the vehicle and extricate the driver.

A Mercy Air 22 helicopter was requested to land at a nearby park and airlifted the male to Arrowhead Regional Medical Center. An update on his injuries was not available.

VVNG member Davina Erich Schmitt said the driver of the Tesla was trying to pass vehicles and T-boned the Honda that was turning left into the Hilltop Tavern and Inn. Other members commented and compared traffic speeds on Kiowa Road to a freeway.

The roadway was temporarily closed in both directions and the official cause of the accident is under investigation by the Victorville CHP Station.