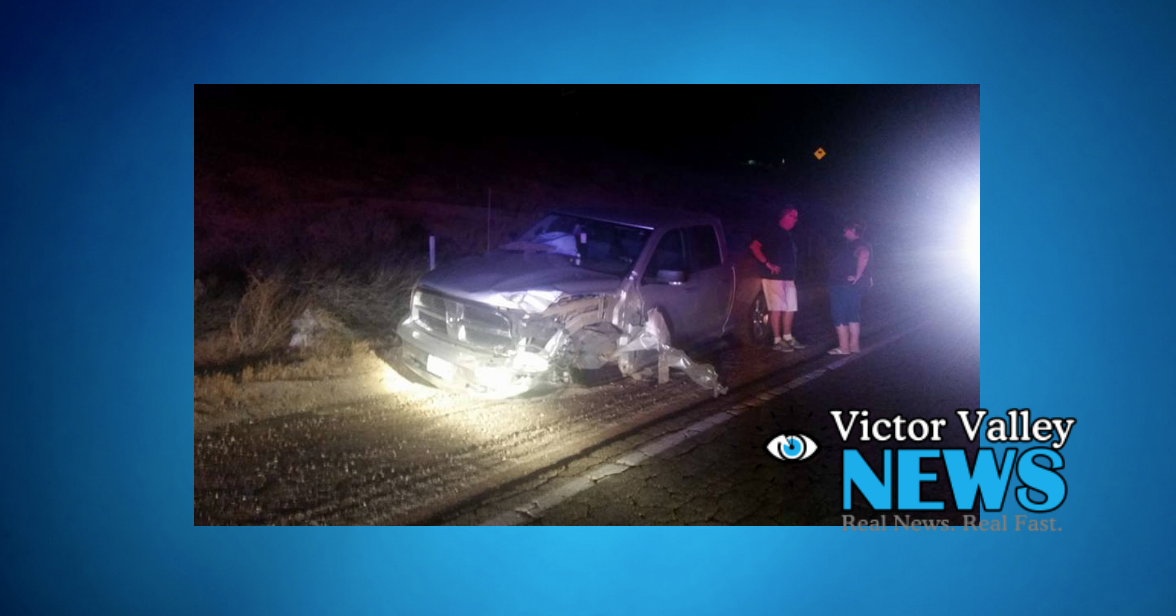 The silver four-door vehicle, according to reports went off the I-15 to avoid hitting a tire in the roadway.

The vehicle collided into a silver pick up truck that was driving on Mariposa Road, eventually coming to a rest on the right side of the road.

The pick up truck sustained extensive front end damage as a result of the collision, but the driver, the single occupant of the truck suffered no injuries as a result.

“It was sad cause they were just coming back from a wake for their grandmother,” said Nicole Polsen Geiger, daughter-in-law to the man driving the truck.

One vehicle occupant suffered severe injuries including a compound fracture to his arm and according to CHP reports he may have lost some fingers as a result of this collision. He was airlifted to Arrowhead Regional Medical Center in Colton for treatment of his non-life-threatening injuries.