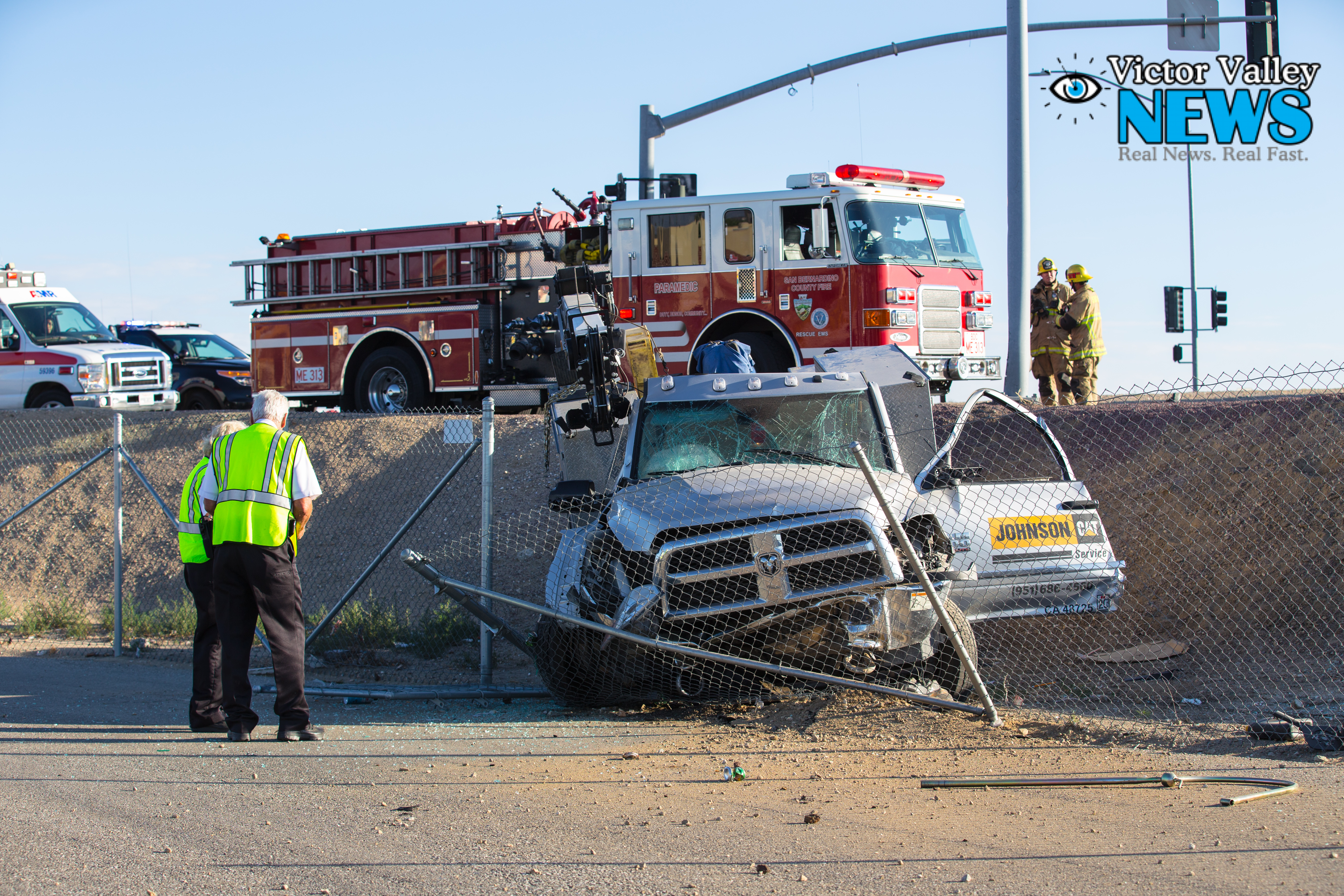 VICTORVILLE:(VVNG.com)- A man was airlifted following an early morning traffic collision in Victorville. The single vehicle crash was reported just before 7:00 AM, on Monday, May 2, 2016.

According to CHP Sgt. Todd Weichers, “the vehicle was stopped at the (15 freeway) off-ramp from southbound to Bear Valley and for unknown reasons he drove across Bear Valley Road, struck a couple of signs and came down the embankment.”

The driver inside the 2015 Dodge Ram was trapped  and required to be extricated by San Bernardino County Fire. He was airlifted to Arrowhead Regional Medical Center with unknown injuries.

During the crash, a freeway sign and a light pole were also damaged. The Bear Valley Road on-ramp was closed for approximately 1 hour while CHP waited for Cal-Trans to respond. Cal-Trans was requested to check the light pole before reopening the on-ramp.

A portion of the chain-linked fence surrounding the park & ride at the corner of Amargosa Road and Bear Valley was also damaged during the crash.

No other injuries were reported and no other vehicles were involved in the crash.

Win a Free Massage For You and Mom