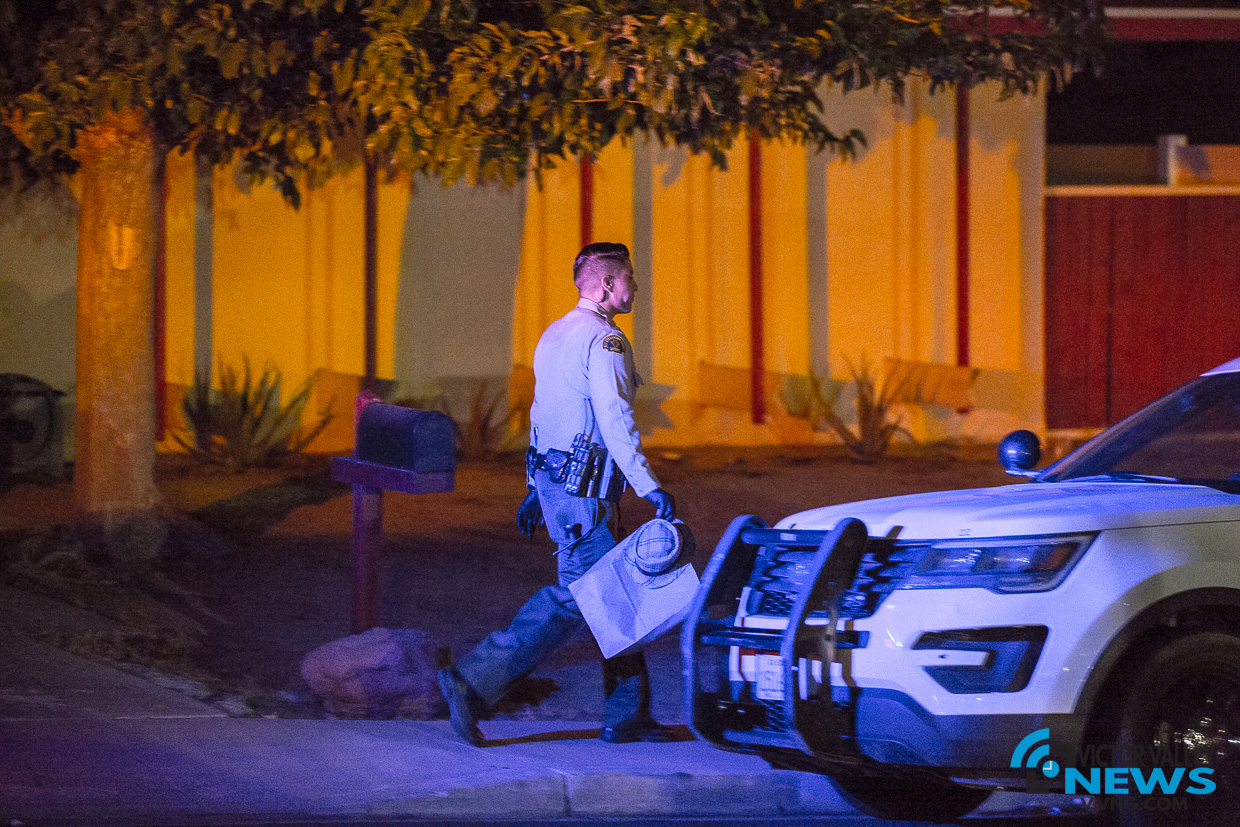 According to Sheriff’s Spokeswoman Mara Rodriguez, the suspect Rashad Wilcoxen and the victim, Jose Moreno, 56, of Apple Valley were involved in a verbal argument in the alleyway between 7th Street and St. Andrews Drive.

“Moreno turned and began to walk away when Wilcoxen took out a knife and stabbed him,” stated Rodriguez.

A young man at the scene spoke with Victor Valley News and said he was standing outside of his home when the victim came running up asking for help. “He was bleeding pretty bad from his back where he was stabbed. We grabbed a towel and put pressure on his wound until help came,” stated the man.

Moreno was transported by ambulance to a local hospital and subsequently airlifted to an out of area trauma center for further treatment. His condition remains unknown as of Thursday afternoon.

A sheriff’s helicopter responded to the scene and assisted ground deputies as they searched for the suspect.

Wilcoxen was located nearby and arrested without incident. He was booked at the High Desert Detention Center for assault with a deadly weapon and is being held in lieu of a $50,000 bail. He is scheduled for arraignment in a Victorville courtroom on August 17, 2018.