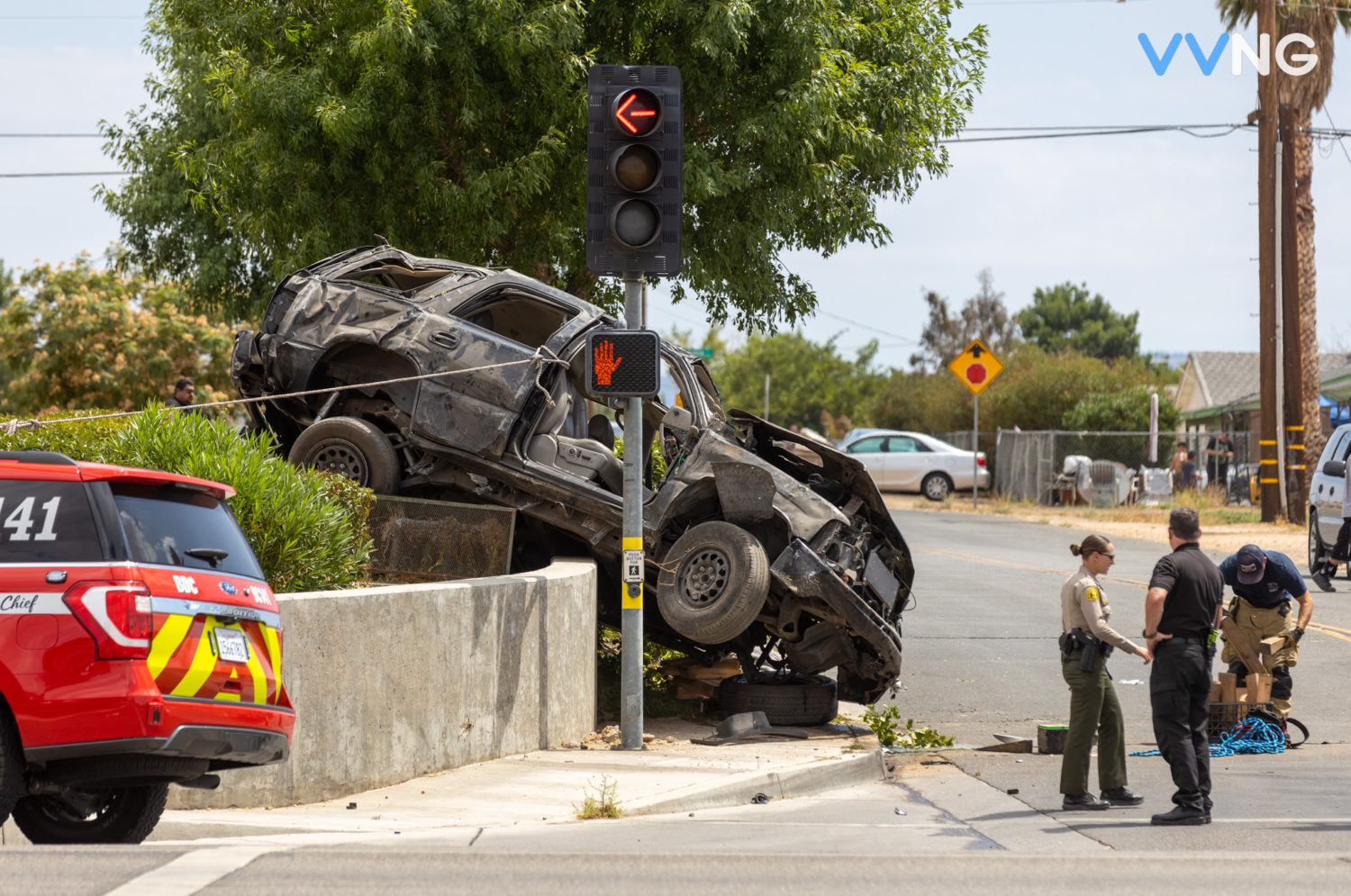 HESPERIA, Calif. (VVNG.com) — The driver of an SUV was airlifted to a trauma center following a rollover crash in Hesperia.

It happened at 2:03 pm, on Sunday, July 18th at the intersection of Bear Valley Road and 2nd Avenue, across from Desert Valley Hospital.

A dark-colored 2003 Chevy Tahoe was traveling eastbound when for reasons still unknown, the vehicle overturned multiple times in a dirt field and crossed over 2nd Ave before coming to a stop against a cement wall in front of the Tom’s restaurant.

Many Good Samaritans who witnessed the accident stopped to check on the driver and offer help.

San Bernardino County Firefighters arrived at the scene and reported the driver was trapped and required extrication.

The male driver was eventually removed from the mangled SUV and transported by ambulance across the street before he was subsequently airlifted to an out-of-area trauma center.

At least one other vehicle was damaged as a result of the crash.

Additional information will be available for release as it becomes available.