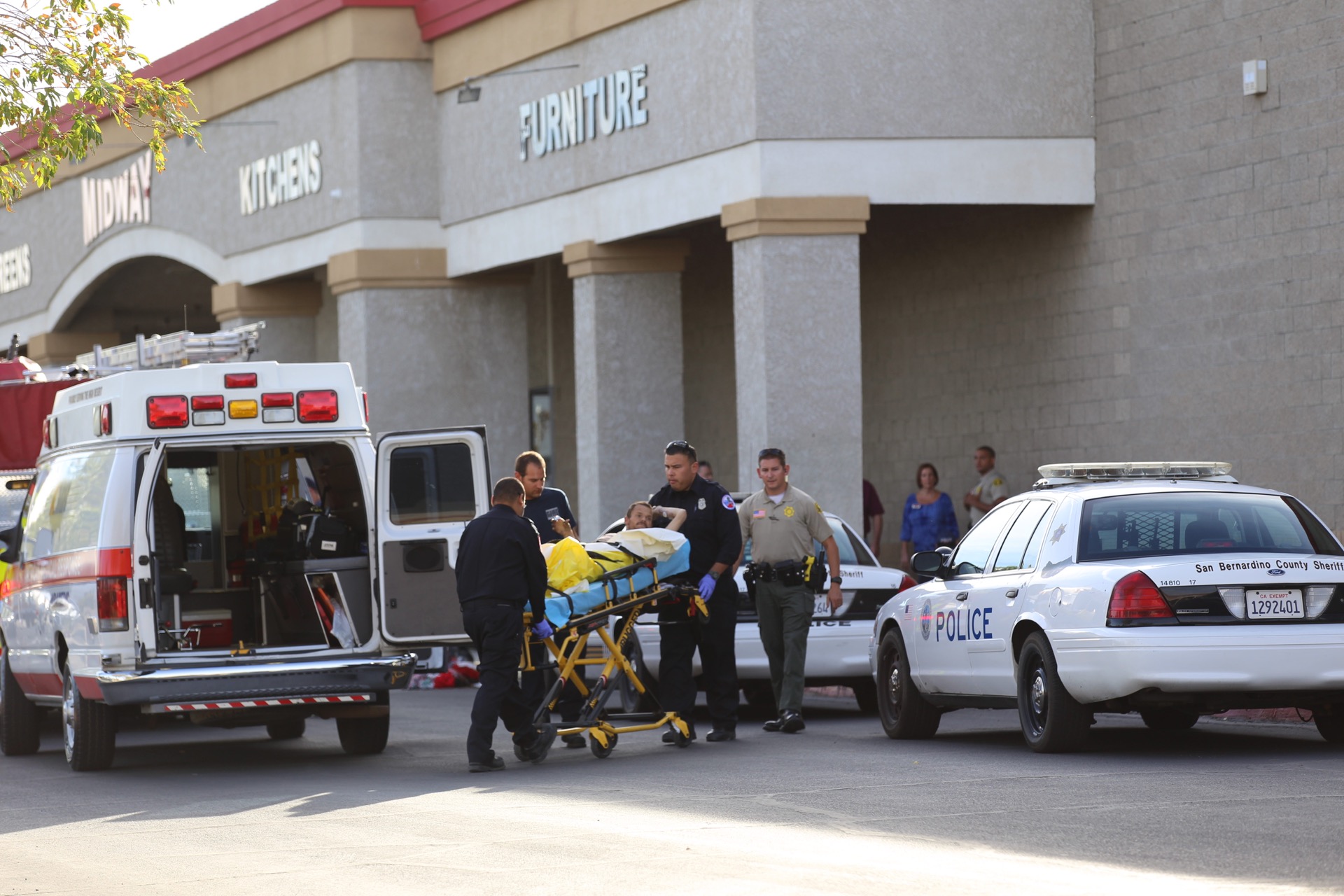 VICTORVILLE, CA:(VVNG.com)– A man was airlifted to a trauma hospital after sustaining serious burns Friday evening.

At about 4:30 p.m. dispatch received calls reporting a male subject on fire in front of Midway Home Solutions located on the 14400 block of Atstar Street in Victorville.

“Someone came into the store and told employees that there was a man on fire in front of the store,” stated Sheriff’s spokeswoman Mara Rodriguez.

According to Jeff Allen with San Bernardino County Fire, the male patient with serious nonlife-threatening burns was transported by Mercy Air to Arrowhead Regional Medical Center.

The burn victim appears to be a transient and at this time it’s unclear how he caught on fire. However, it’s believed to have been accidental.

For the latest news in real-time join the chat on Facebook: Victor Valley News