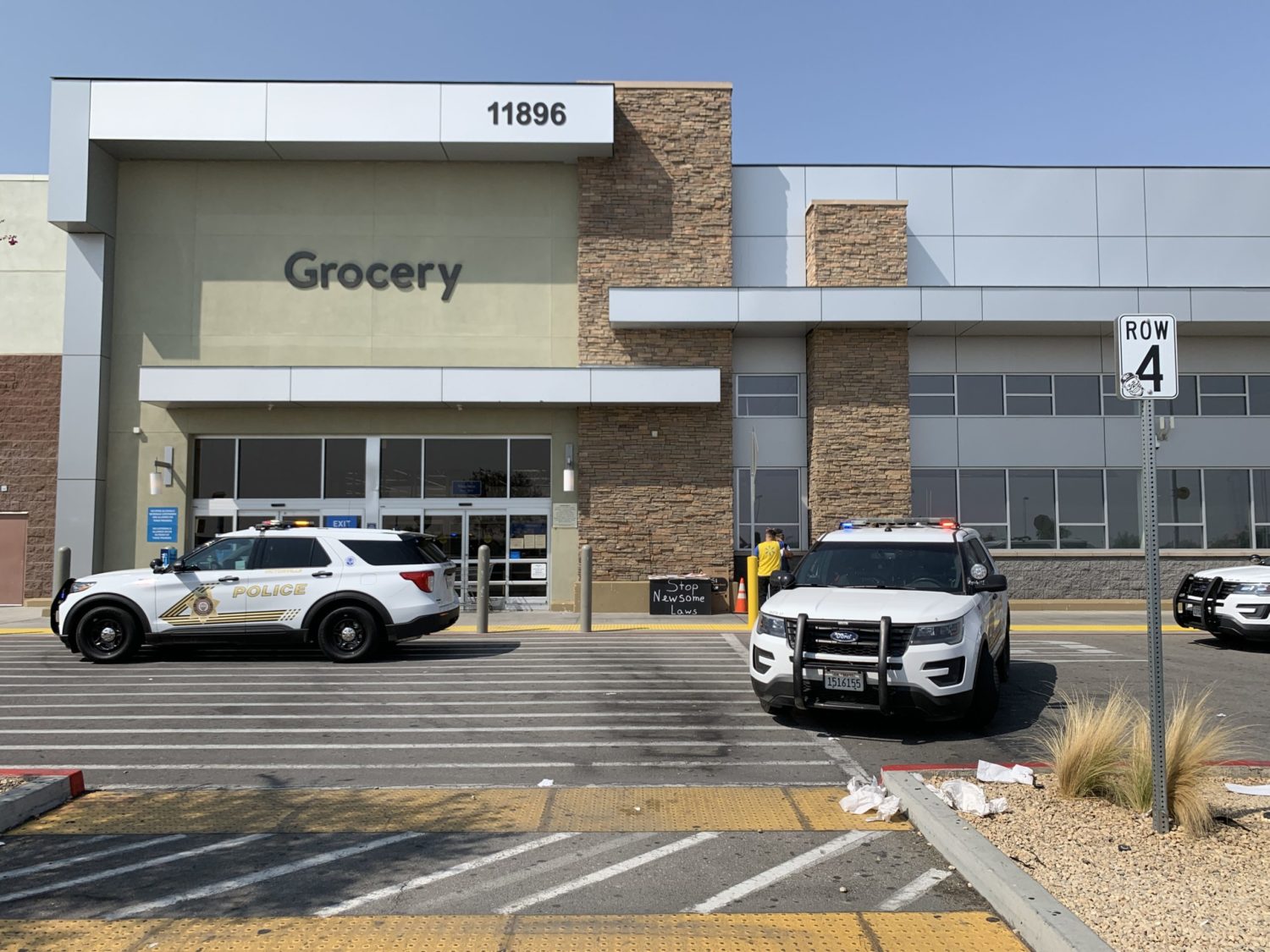 VICTORVILLE, Calif. (VVNG.com) — A verbal altercation outside of Walmart in Victorville resulted in one man being stabbed Thursday morning.

A cell phone video of the incident posted to Facebook showed several men involved in different fights just outside one of the main entrances to Walmart.

Victorville City Firefighters responded to the stabbing and requested a helicopter to airlift the male victim. A Mercy Air helicopter landed in a vacant field next to Walmart and transported the male to a trauma center.

Sheriff’s spokeswoman Jodi Miller told VVNG no suspect or suspects have been identified and no arrests have been made.

No further information was available on the victim’s injuries as of Thursday afternoon.

The investigation is ongoing and anyone who may have been in the area and witness the altercation is asked to call the Victorville Police Department at (760) 241-2911. Callers wishing to remain anonymous are urged to call the We-Tip Hotline at 1-800-87-CRIME (27463) or www.wetip.com

Hesperia man arrested for attempted murder after choking his mom

3 arrested during a protest at ICE Processing Center in Adelanto