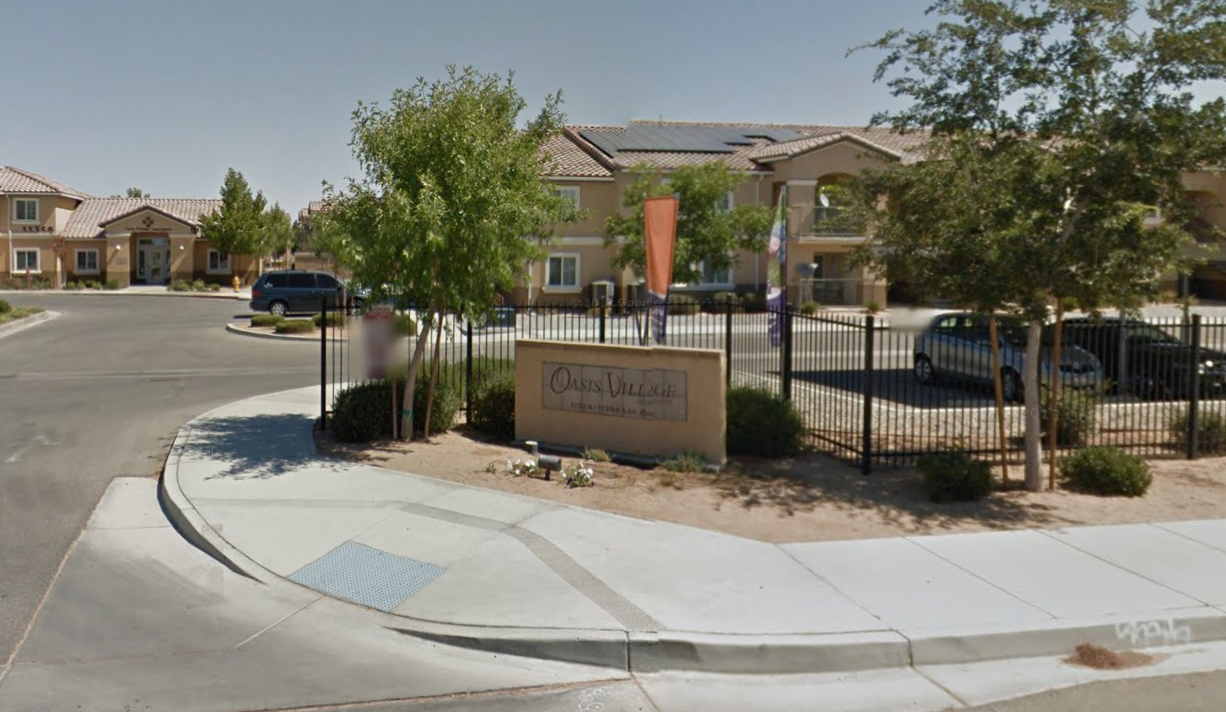 ADELANTO, CA:(VVNG.com)– A 39-year-old Adelanto man was airlifted to a trauma hospital after he was stabbed early Friday morning.

The stabbing was reported just before 8:00 a.m. at the Oasis Village Apartment Homes located at 11388 Lee Avenue in Adelanto.

Per scanner traffic, a female called dispatch stating she had stabbed a male during an altercation.

When deputies arrived, they learned that the suspect, Fernando Gomez, went to a residence where his wife and children had taken refuge at a friend’s house after he had assaulted his wife.

Fernando immediately became violent assaulting his wife and the female friend who was attempting to assist her. He knocked both females to the ground and was on top of his wife physically assaulting her.

His 16-year-old daughter believed he was going to harm her mom so she went to the kitchen and got a knife and stabbed him one time in the back to make him stop.

Fernando Gomez was airlifted to a hospital for treatment of his injuries and will be charged with domestic battery. The juvenile has not been charged with any crime.

Anyone with information regarding this investigation is urged to contact Deputy John Gice or Deputy Antonio Galban at (760) 552-6800. Callers wishing to remain anonymous are urged to call the We-tip Hotline at 1-800-78-CRIME (27463) or you may leave information on the We-Tip Hotline at www.wetip.com.