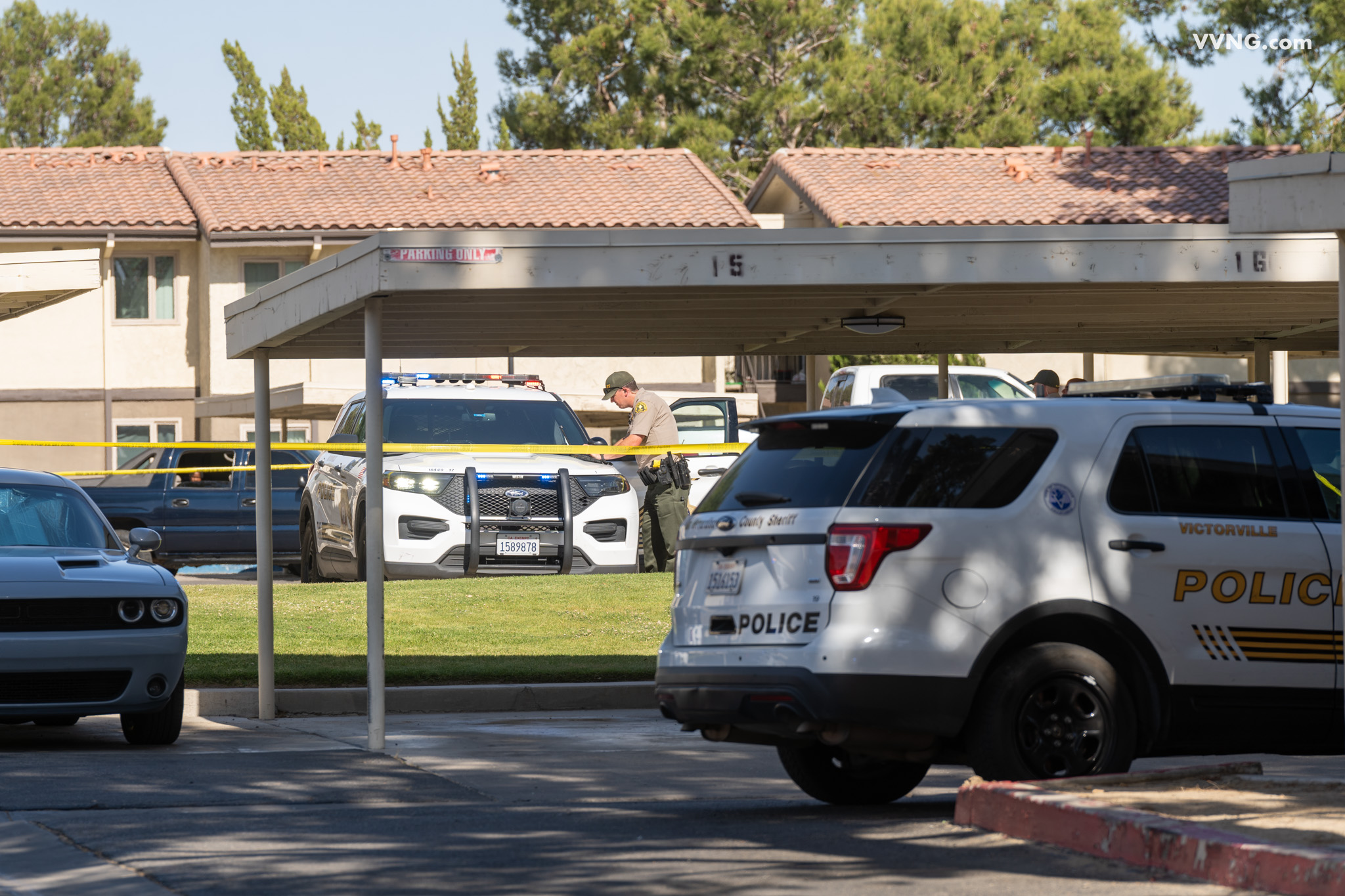 VICTORVILLE, Calif. (VVNG.com) — A man stabbed inside the Sherwood Villa apartments was airlifted to a trauma center.

Victorville City Fire responded to the scene and requested a helicopter to land at Hook Park and the male was subsequently airlifted to a trauma center.

Sheriff’s officials said the victim was stabbed multiple times and the suspect fled the location prior to deputies’ arrival but was later located.

Deputies attempted a traffic stop but the suspect failed to yield and a pursuit ensued. The suspect collided with another vehicle and was ultimately taken into custody. The pursuit terminated on Highway 395 near Cactus Road. His booking information was not available for release.

The Victorville Police Department is investigating the accident.