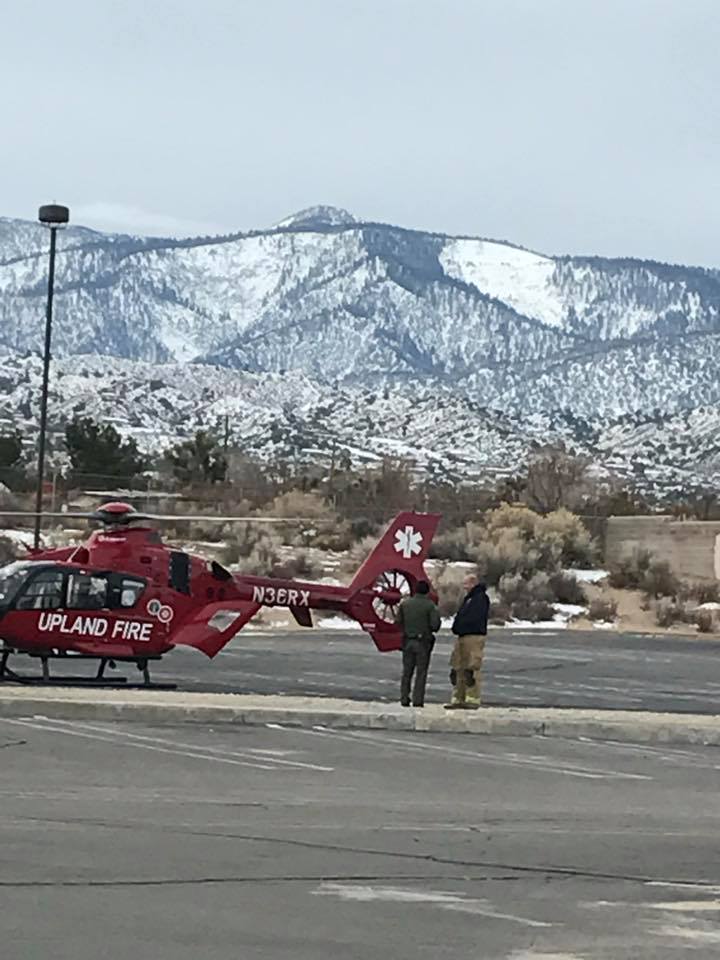 PINON HILLS, Calif.(VVNG.com)- A 55-year-old man was airlifted to a trauma center after he was stabbed by an alleged friend, authorities said.

On Monday, December 26th at about 6:52 a.m., authorities responded to the 11400 block of Amarillo Road in Pinon Hills reference a stabbing.

According to initial information received, the victim and suspect are males and appear to be known to each other.

The suspect was at the location when deputies arrived and were in custody Monday morning, according to Bachman.

The condition of the victim is unknown at this time, however, based on scanner traffic, the victim was reportedly bleeding profusely.

No motive has been discovered as of Monday afternoon, according to officials.