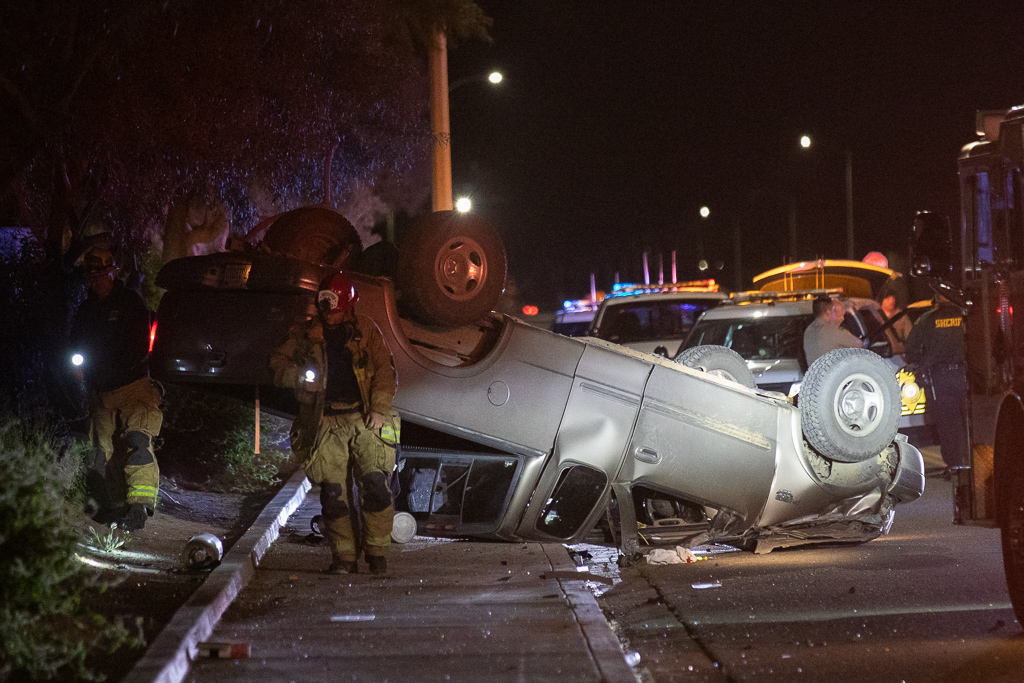 ADELANTO, Calif. (VVNG.com) — A man was airlifted to a trauma center following a single-vehicle rollover crash in Adelanto.

San Bernardino County Fire responded to the crash in the area of Benton Road and Jonathan Street at about 9:24 p.m. Wednesday night.

Firefighters located a male driver suffering from injuries that required him to be airlifted to Loma Linda University Medical Center.

The fire department made a request for the Hazmat Team to respond after two large cylinder tanks were found near the vehicle. The contents of the cylinders were not immediately known.

Deputies shut down the southbound lanes of Jonathan Street for an investigation.

According to scanner traffic, the man was alert but confused when they arrived on scene. The extent of his injuries are unknown at this time.

Related Topics:AdelantoAdelanto crash
Up Next