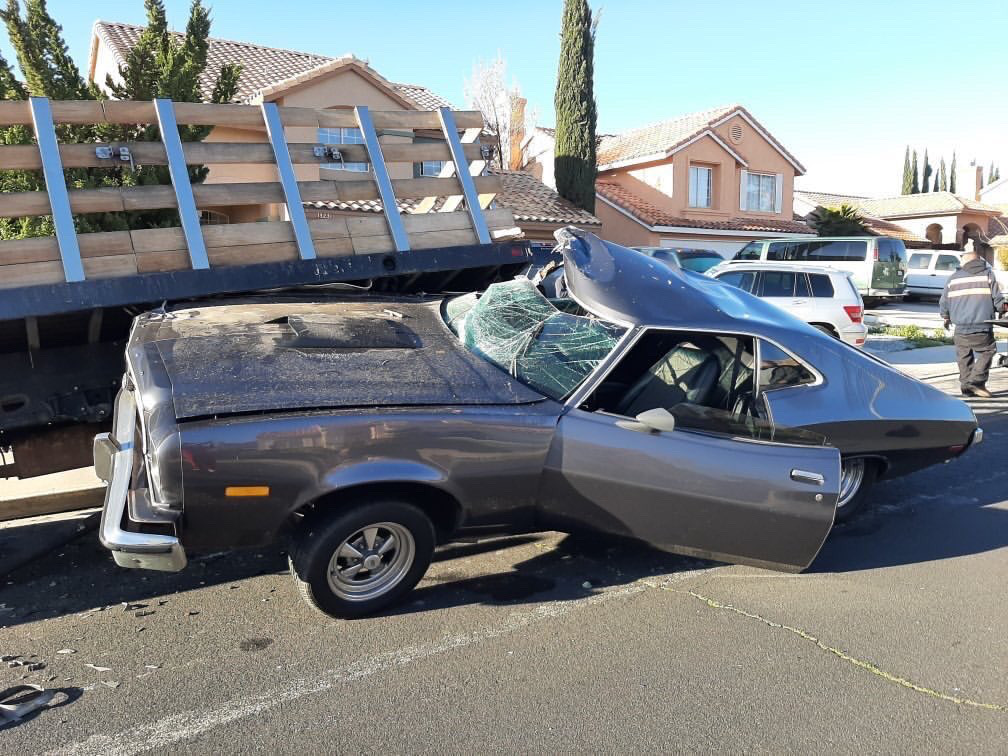 VICTORVILLE, Calif. (VVNG.com) — A driver was airlifted to a trauma center after crashing into a truck parked in a residential neighborhood Tuesday morning.

For reasons still unknown, a Ford Torino was traveling at an unknown rate of speed when the driver crashed into the back of a work truck that was parked on the residential street.

A witness told VVNG the male driver appeared to be in his early 30’s and was in and out of consciousness.

Firefighters from Victorville City Fire responded to the incident and requested a medical helicopter to land at Liberty Park. The male was subsequently flown to an out of area trauma center via a Mercy Air helicopter.