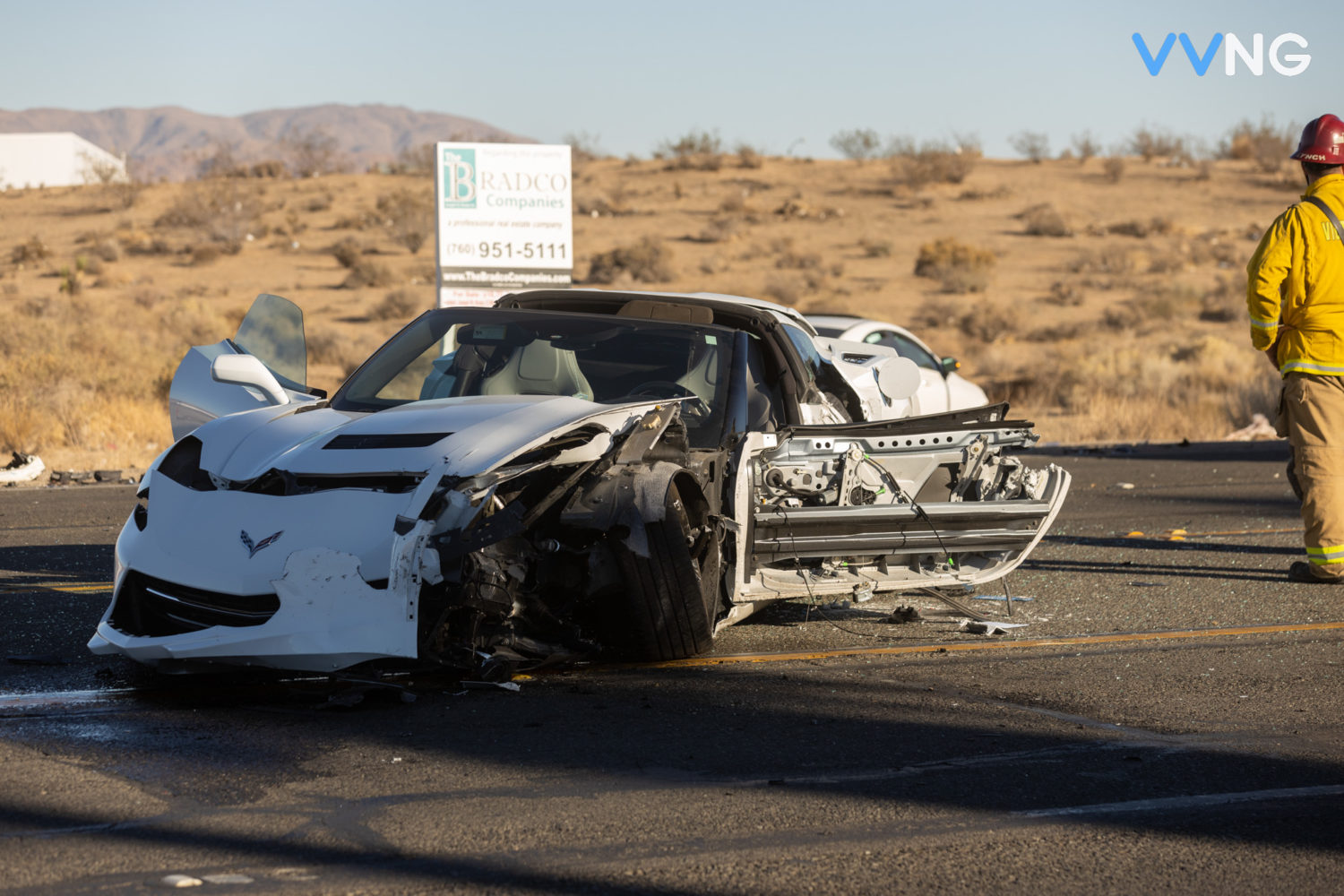 VICTORVILLE, Calif. (VVNG.com) — A man critically injured in a Tuesday afternoon traffic collision was airlifted to a trauma center on Tuesday.

It happened at about 2:06 pm, on November 30, 2021, at the intersection of Hesperia and Winona Roads and involved a white Corvette and a white Mercedez Benz.

Victorville City Firefighters arrived on scene and reported two people were injured with one of them suffering from critical injuries. Mercy Air 22 landed at the Desert Valley helipad and airlifted the male driver to Loma Linda University Medical Center.

According to a witness, the elderly man in the Corvette was unable to move or be removed by the people that stopped to help. An update on his condition was not available.

The female driver of the Mercedez was also transported by ground ambulance to a local hospital.

The Victorville Police Department is investigating the collision. Anyone with information is asked to call 760-241-2911.