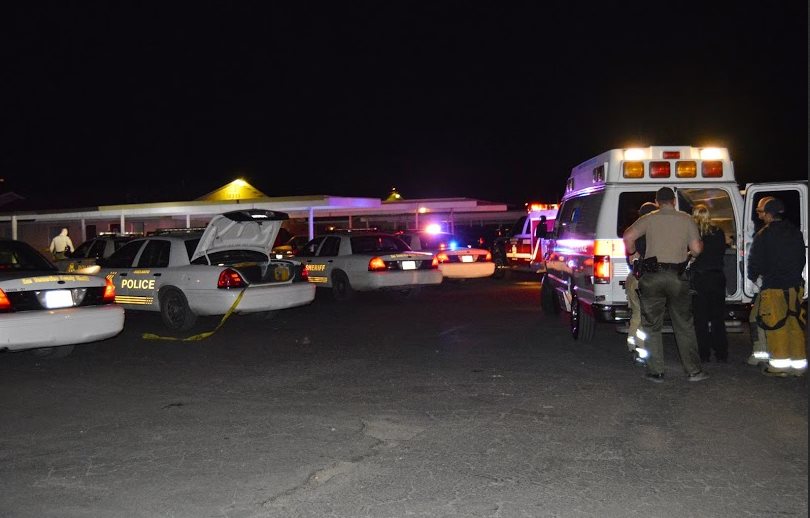 ADELANTO:(VVNG.com)- On Wednesday, February 18, 2015 at approximately 10:40 P.M., a stabbing was reported at the North Pointe Apartments located at the corner of Montezuma Street and White Avenue in Adelanto.

Per scanner traffic, the reporting party called 911 and reported that her cousin was just stabbed by a neighbor.

Fire and Medical personnel responded to the scene and began treating the patient who was suffering from multiple stab wounds. The victim was transported by ambulance to a nearby fire station and from there was airlifted out to a trauma hospital with unknown injuries.

According to witnesses at the scene, a hispanic male approximately 5’7″, 180 lbs., wearing a black hoodie and white shorts was arrested at the scene.

At this time it’s unclear what lead up to the stabbing. More information will be updated as it becomes available.

Video taken before suspect was arrested.
video by: Crawler Video