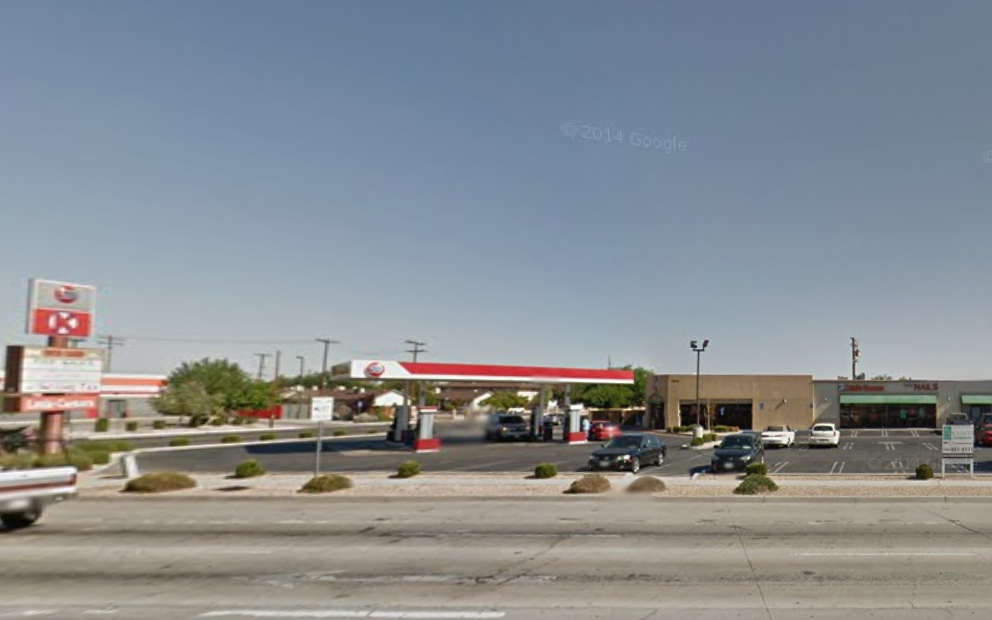 The male victim, according to witnesses, was punched, kicked and knocked out. Due to the attack, the victim was according to authorities going in and out of consciousness and was bleeding profusely.

“Witnesses called out for the Circle K worker, telling her to call 911 because there was a man that was attacked and in need of immediate medical aid,” said San Bernardino County Sheriff’s Spokeswoman, Trish Hill.

The severely injured man was airlifted to Arrowhead Regional Medical Center for treatment of his injuries.

The witnesses were able to get the license plate of the white 4-door sedan and the suspect description, which lead to the arrest of 51-year-old Anthony Deleon Ambers. He was arrested at 10:17 p.m. in the 12000 block of Sedona Road in Apple Valley

Ambers was subsequently booked into the High Desert Detention Center on charges of battery with serious bodily injury. Suspect Ambers was released on bail on August 12th at 4:07 p.m. At this time, according to court and arrest records there is no court date scheduled at this time.

According to authorities, the victim is expected to survive his injuries.