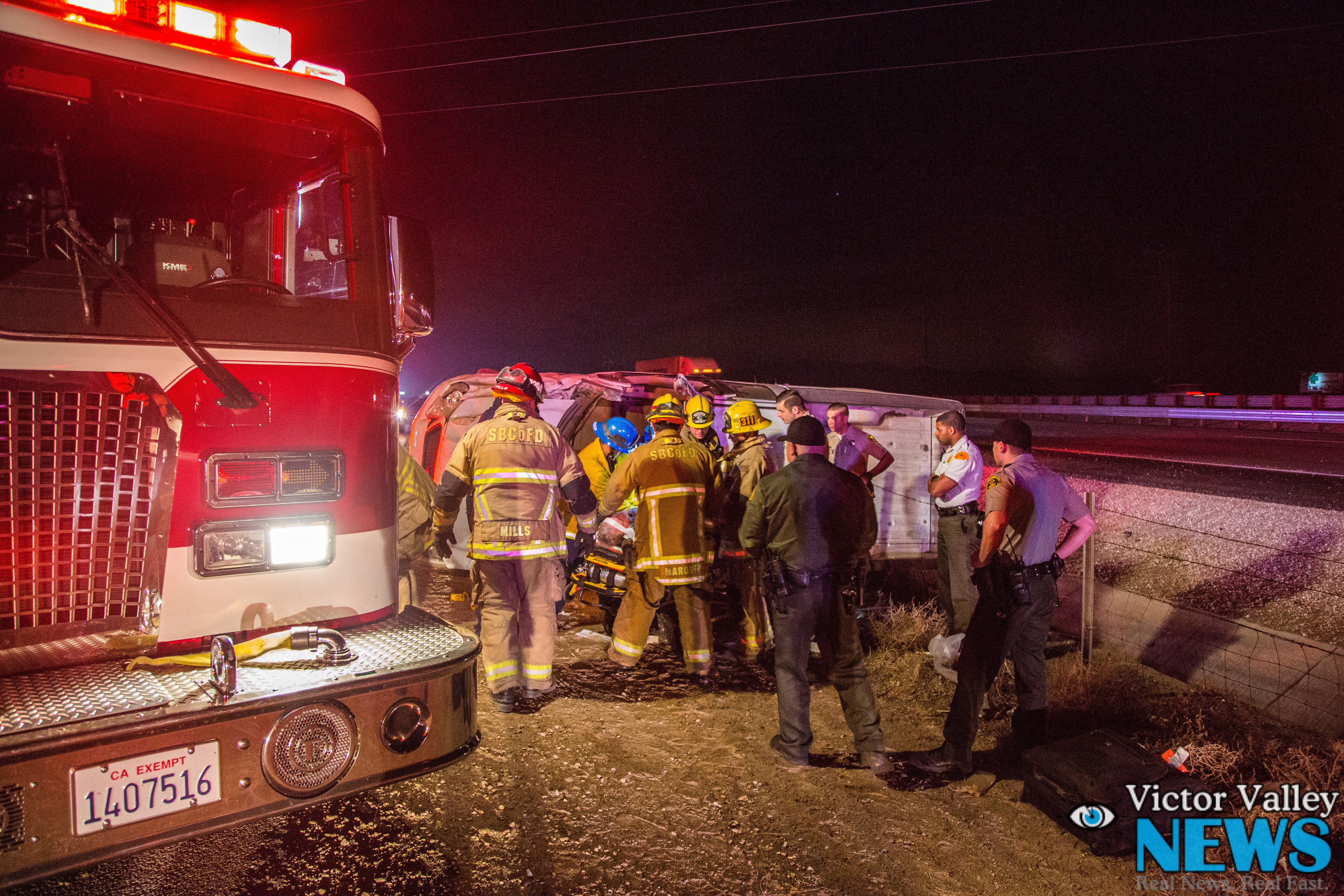 HESPERIA-(VVNG.com): The male driver of a white Ford F-150 suffered serious non-life threatening injuries during a rollover traffic collision after fleeing the scene of a hit-and-run on Thursday night.

The truck was reported to be involved in a traffic collision with a black sedan on the 15 freeway near Highway 395 at around 11:07 p.m.

Per scanner traffic, after the crash, the driver of the white pickup truck fled the scene of the collision on the I-15 north. After fleeing the scene he then flipped his own vehicle and crashed through a chain-linked perimeter fence before rolling over several times off the roadway onto Mariposa Road just north of Main Street.

When deputies arrived on scene they located the mangled pickup truck on its side with major damaged and determined that the trapped driver would require extrication. According to San Bernardino County Fire Department officials, the extrication took around 30 minutes to complete.

The man was driven by ground ambulance to Escondido Avenue and Main street where they prepared him to be airlifted to a trauma center for treatment of injuries.

The cause of the collision remains under investigation, there were no other injuries reported as a result of the collision. Information will be updated as it is received.