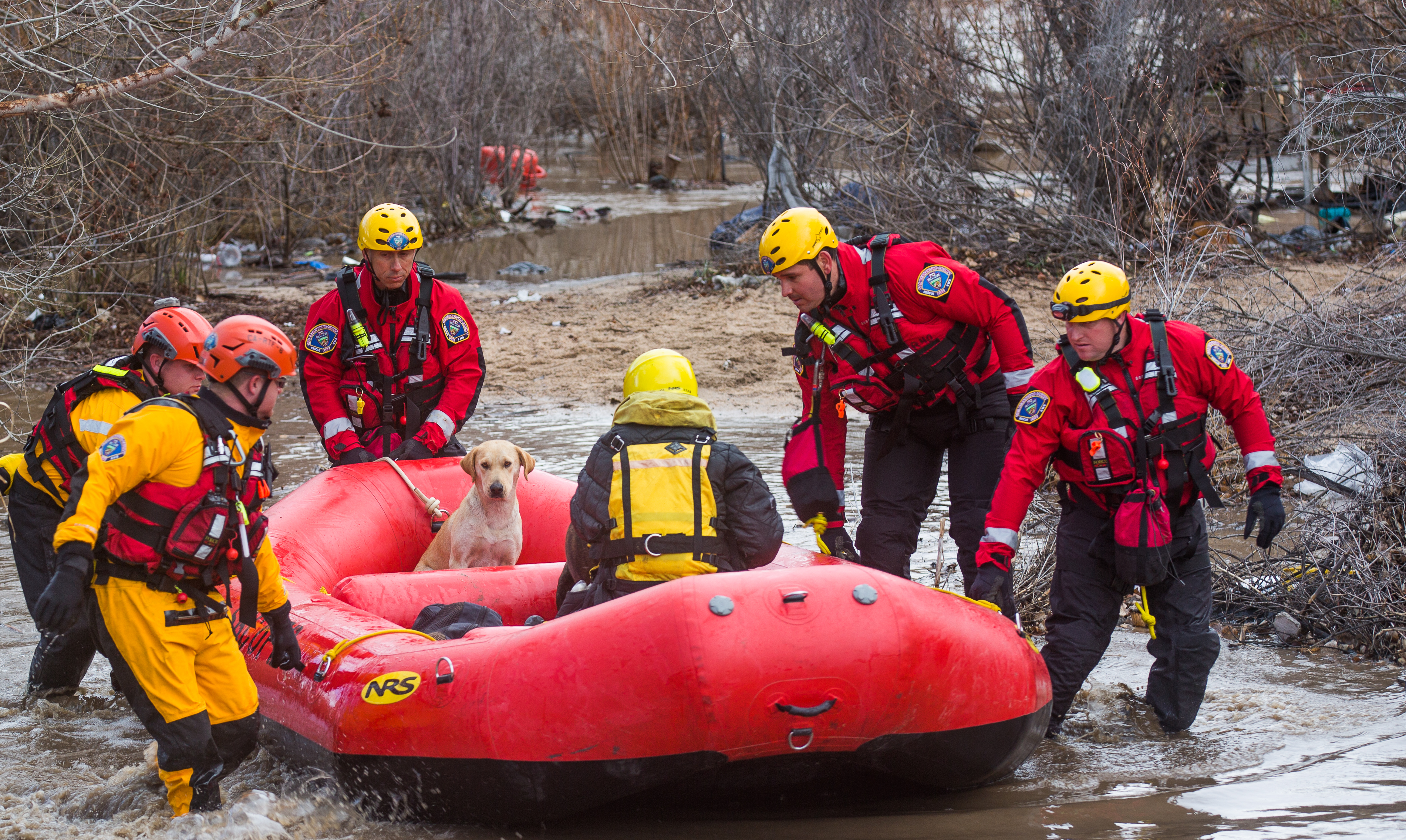 VICTORVILLE, Calif. (VVNG.com)– Firefighters rescued a man along with his rooster, 2 dogs, and 6 puppies Monday morning from the Mojave River.

At about 8:00 a.m., dispatch received reports of a homeless man trapped on a small island in the Mojave River and immediately started a rescue operation.

Cox said the man was stranded with four feet of moving water surrounding him, making it dangerous for him to cross the water with his animals.

The rescue team entered the waters at around 8:50 a.m. and successfully completed the task in about 5 minutes.

The homeless man, who later identified himself as Larry McLaughlin, said he was thankful for the help San Bernardino County Department.

“I woke up this morning and went to step out of my bed, and there was a flood, I didn’t even know it,” said McLaughlin.

He said he has lived in the same spot for over 7 years and never seen the river rise the way it did.

The Mojave River is unique in the sense that most of its flow is underground, while its surface channels remain dry most of the time, with the exception extreme heavy rains.

McLaughlin said he was able to keep his two adult dogs, but requested assistance with the six puppies due to his situation.

That’s when Tonie Cici Mason stepped in and offered to rescue the puppies to ensure they will be placed in good homes.

Mason volunteers for the Pets Forever Found Animal Rescue and says she has a passion for helping dogs in need.

“I spend about $300 a month in dog food, but this is what I love to do and wouldn’t change it for a thing,” said Mason.

Those wishing to adopt a dog can email news@vvng.com to be connected with Tonie Cici Mason, or message her on Facebook. If you would like donate to help the puppies as well as to Mason’s cause, you may do so by clicking her link here… paypal.me/Paws4u

Deputy Injured During Struggle With Suspect

Freeway Closures Possible on 15 Freeway Due to Snowfall