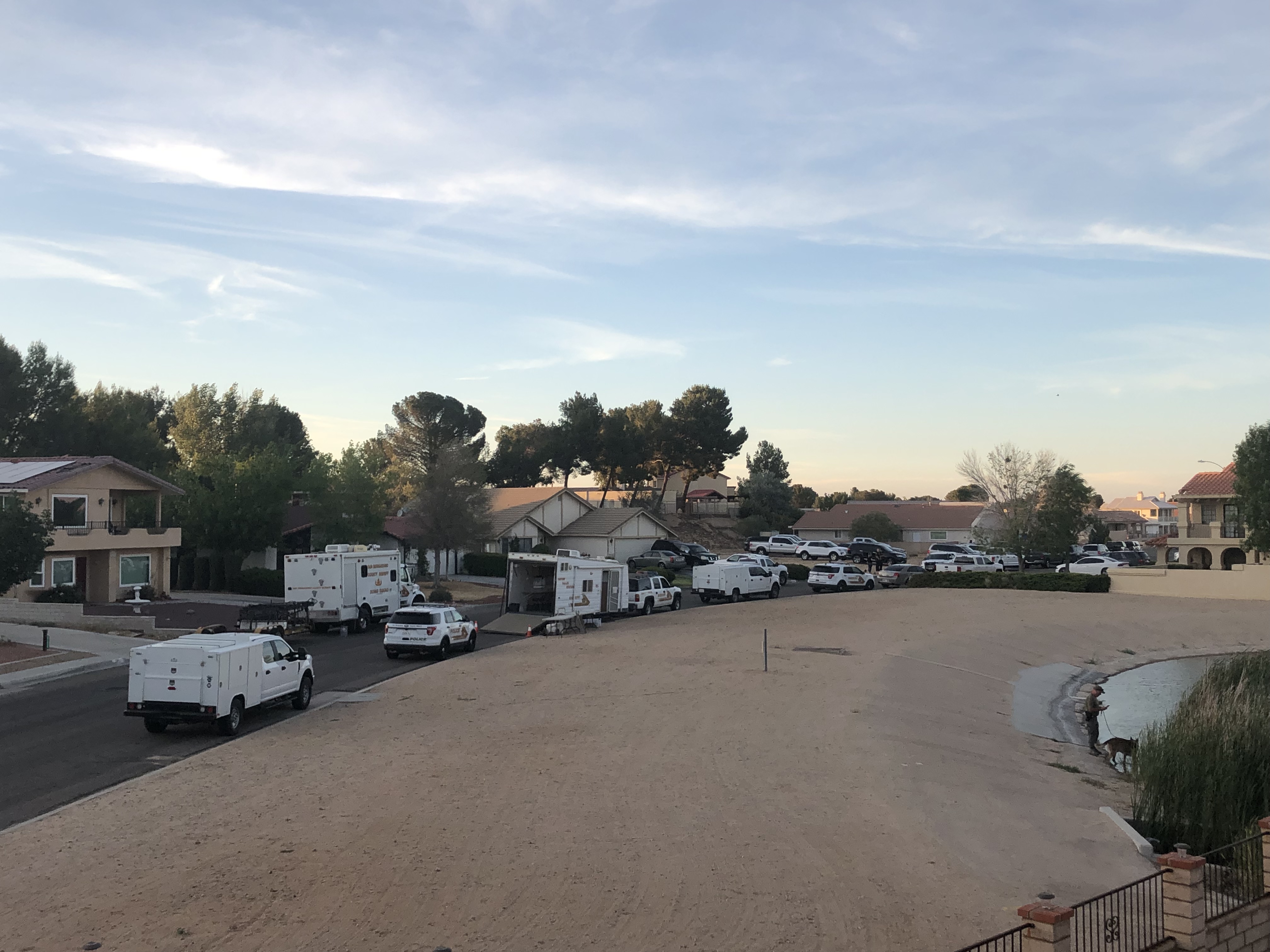 HELENDALE, Calif. (VVNG.com) — A man with a gun barricaded himself inside a Helendale home for hours on Thursday before getting arrested.

The standoff ended at about 9:30 pm after a SWAT team ripped open the garage door, fired tear gas into the residence, and eventually made contact with the suspect identified as Ryan Clay Bomgaars, 45, a resident of Helendale.

Sheriff’s spokeswoman Cindy Bachman said police first received a call about a domestic disturbance at a residence. When officers arrived at the home in the 27400 block of Outrigger Lane, they found Bomgaars inside and refusing to come out.

According to the caller, the suspect, was not allowing the victims, a 32-year-old woman and a 3-year-old girl to leave the residence and gun shots were heard coming from the inside of the residence, officials said.

People familiar with the incident said Ryan’s long-term girlfriend recently ended things over the alleged psychical abuse causing him to react this way.

“Deputies arrived at the residence and confirmed the suspect had the victims inside the residence, holding them both hostage,” stated sheriff’s officials in a news release.

Bomgaars eventually let the victims leave the residence unharmed but continued to barricade himself inside, officials said.

For nearly 8 hours police attempted to negotiate and to persuade Ryan to exit the residence. Homes in the immediate area were evacuated and deputies barricaded roads leading to the suspect’s residence.

After the suspect refused to exit the home, the Sheriff’s Specialized Enforcement Division (SED) took appropriate measures to enter the house and take him into custody.

According to public arrest records, Bomgaars was booked into the High Desert Detention Center and is being held on a $200,000 bail. He’s charged with PC245(A)(2) Assault With a Firearm on a Person and PC236 False Imprisonment.

Bomgaars is scheduled for preliminary arraignment inside a Victorville courtroom on July 10, 2019.