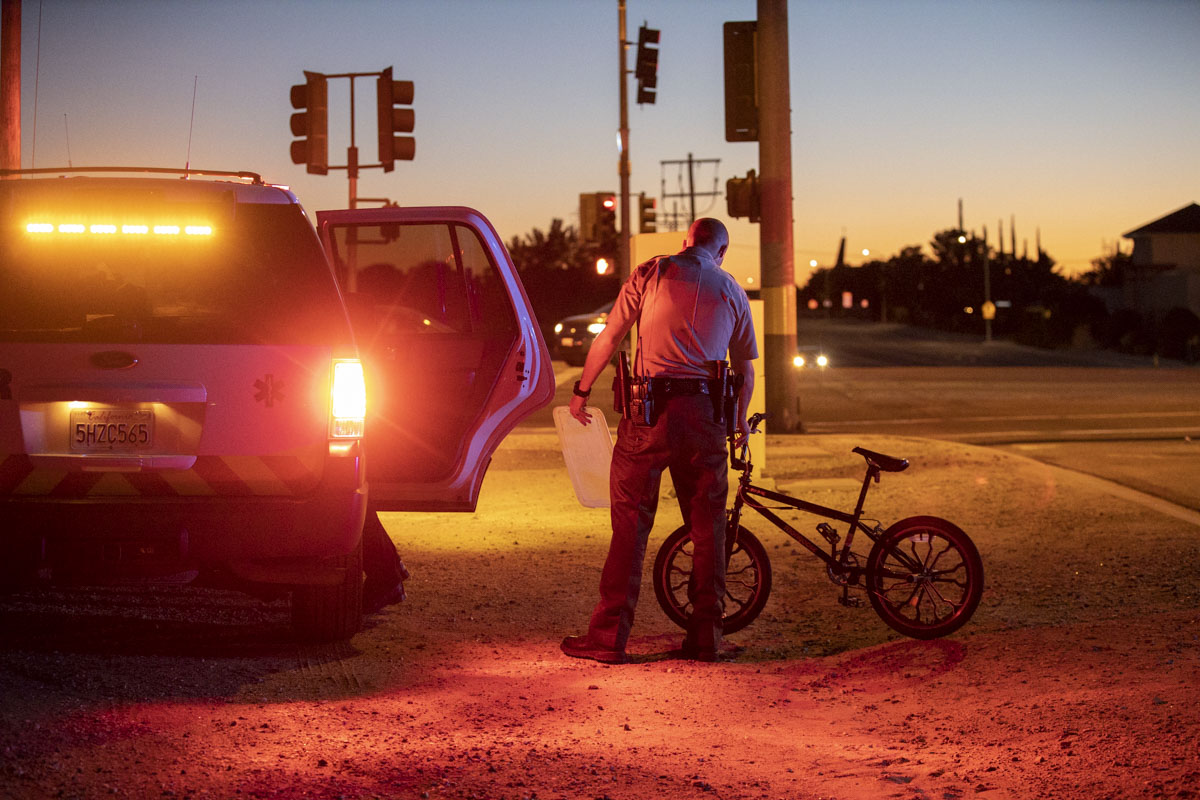 VICTORVILLE, Calif. (VVNG.com) –A 23-year-old Victorville man was taken to a local hospital for an evaluation after jumping into a stranger’s vehicle and shouting at the driver while armed with a knife, officials said.

Just after 8:00 PM on June 9, 2020, dispatch started receiving reports of a carjacking at the intersection of Mojave Drive and Amargosa Road in Victorville.

Sheriff’s spokeswoman Mara Rodriguez said deputies arrived and found a male in the front passenger seat of a Toyota Tacoma, which was stopped in the roadway

Deputies investigating the incident determined the subject had been riding his bike in the roadway and as the Tacoma approached, he stopped and placed his bike in front of the truck, causing the driver to stop.

“The subject approached and got into the passenger seat of the truck,” stated Rodriguez. “The subject was screaming and saying things that did not make sense. He asked the driver for help but when the driver noticed a knife in the subject’s hand, he exited his truck and left the subject inside.”

Rodriguez said the subject did not threaten or harm the driver. The subject was transported to a local hospital for evaluation.