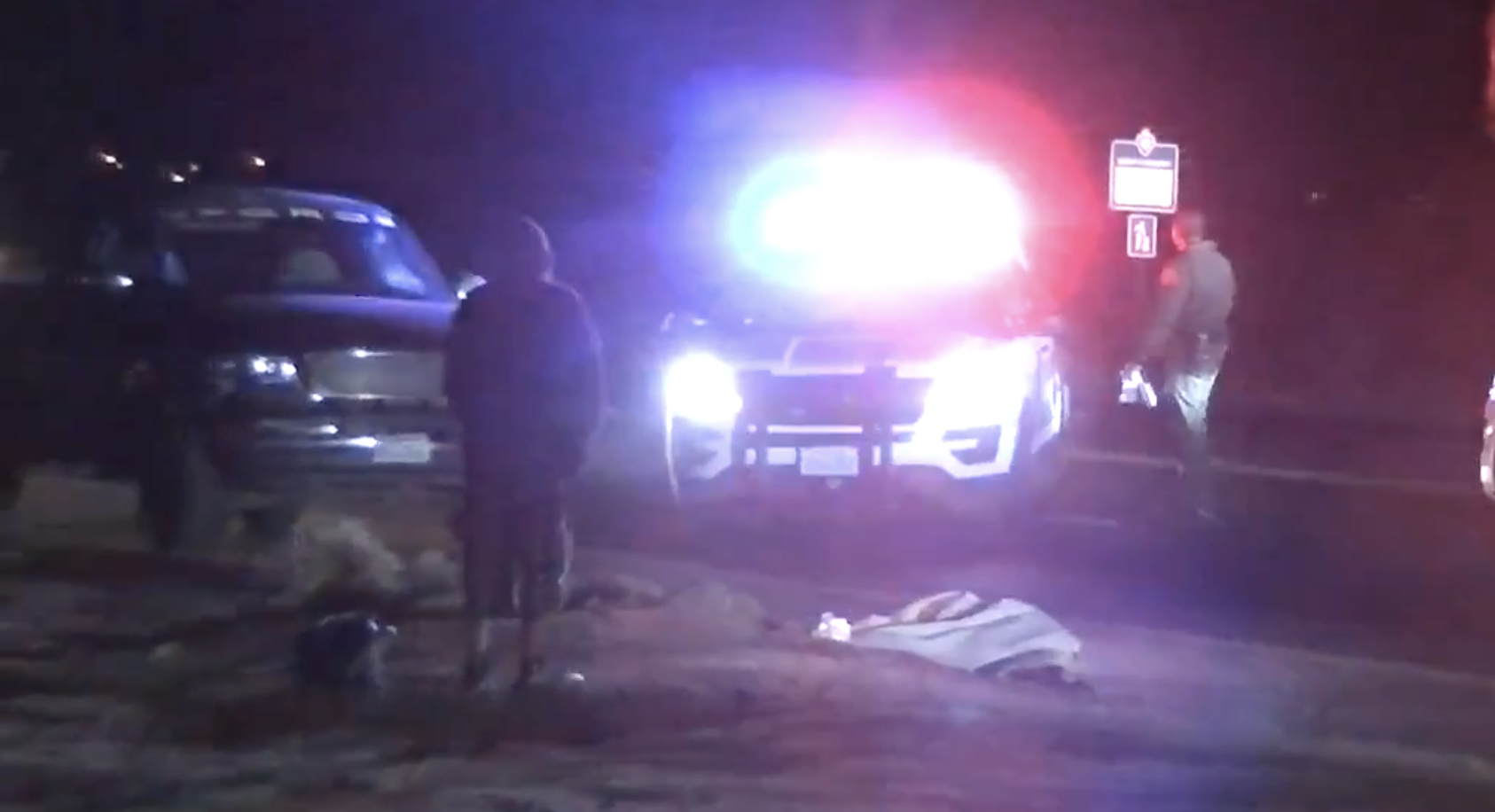 VICTORVILLE, Calif. (VVNG.com) A Victorville man has been charged with a felony DUI after a pedestrian was hit and killed.

At approximately 8:36 p.m., deputies from the Victorville Police Department and rescue personnel from the San Bernardino County Fire Department responded to a vehicle versus pedestrian traffic collision near the intersection of Palmdale Road and Cobalt Road.

Through investigation, authorities determined that Flores was driving a blue Ford F-150 pickup truck east on Palmdale Road when he swerved over the white “fog line,” and struck Pasillas, who was walking east on the south paved shoulder of Palmdale Road.

Flores was found to be under the influence of alcohol and was arrested and booked into the High Desert Detention Center for Gross Vehicular Manslaughter While Intoxicated.

Flores was not injured in the collision.

The Victorville City Major Accident Investigation Team (MAIT) is continuing the investigation of the collision.

Palmdale Road, east of Cantina Drive and west of Cobalt Road, was closed in both directions for several hours while investigators processed the scene for evidence and interviewed witnesses.

Anyone with information about this investigation is asked to contact Deputy Adam Hylin at the Victorville Police Department, (760) 241-2911. Callers wishing to remain anonymous are urged to call the We-Tip Hotline at 1-800-78CRIME (27463) or you may leave information on the We-Tip website at www.wetip.com.