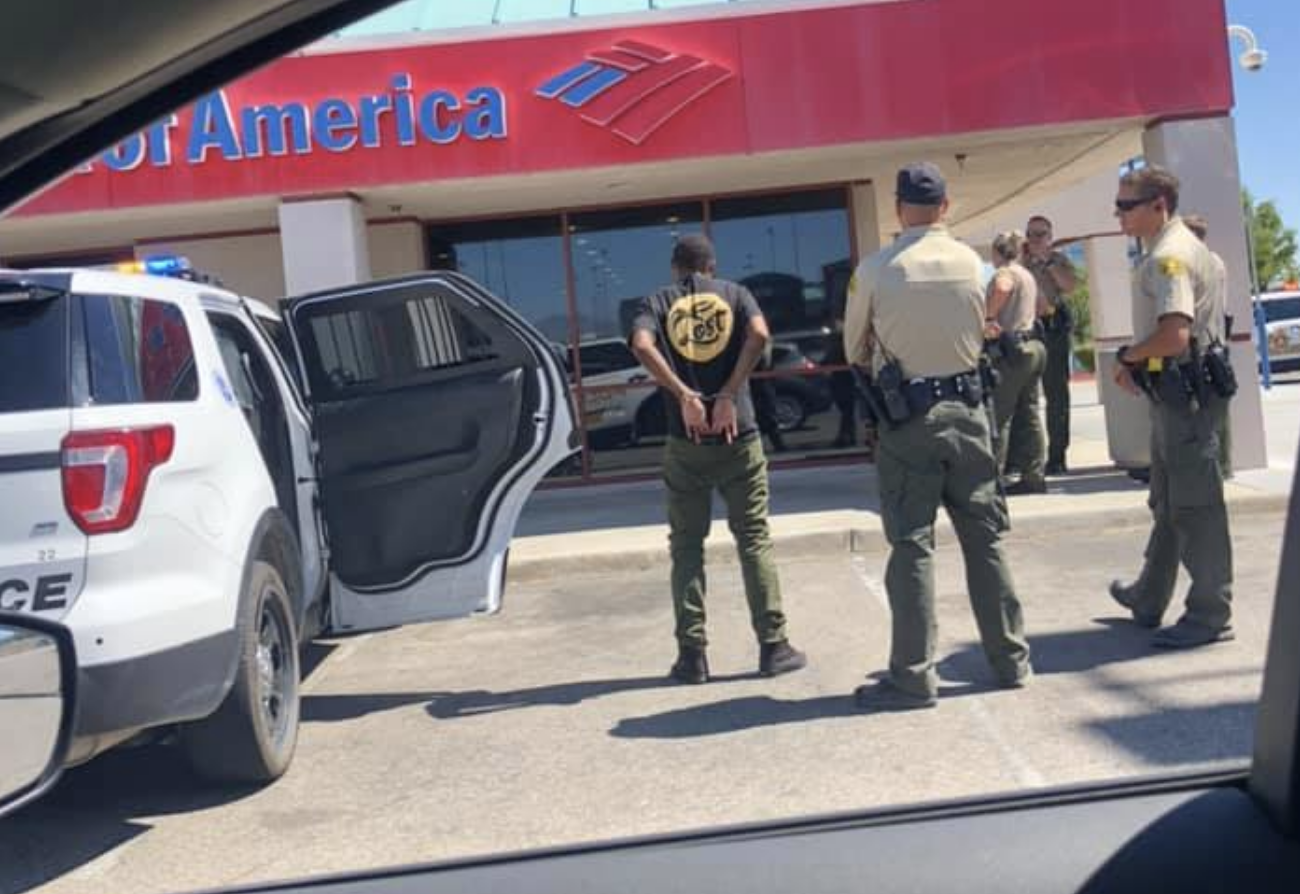 At about 10:30 am on August 9, 2019, Brown entered Bank of America in the 12600 block of Amargosa Road and handed the teller a note demanding money, officials said.

“Bank employees contacted law enforcement while Brown was inside. Brown fled without obtaining money and was captured just outside of the bank,” stated a sheriff’s news release.

Customer Gigi Vera was inside the lobby and said the suspect was pacing back-and-forth in the bank. According to Gigi many of the people including herself weren’t aware of what was going on and everything happened quickly.

Detectives said they are investigating Brown’s potential connection to a similar bank robbery that occurred on July 11, 2019 at the Wells Fargo located on the 15300 block of Roy Rogers Drive.

Anyone with information regarding this investigation is urged to contact the Victorville Station at (760)241-2911 or remain anonymous and contact WeTip at 800-78-CRIME or www.wetip.com.