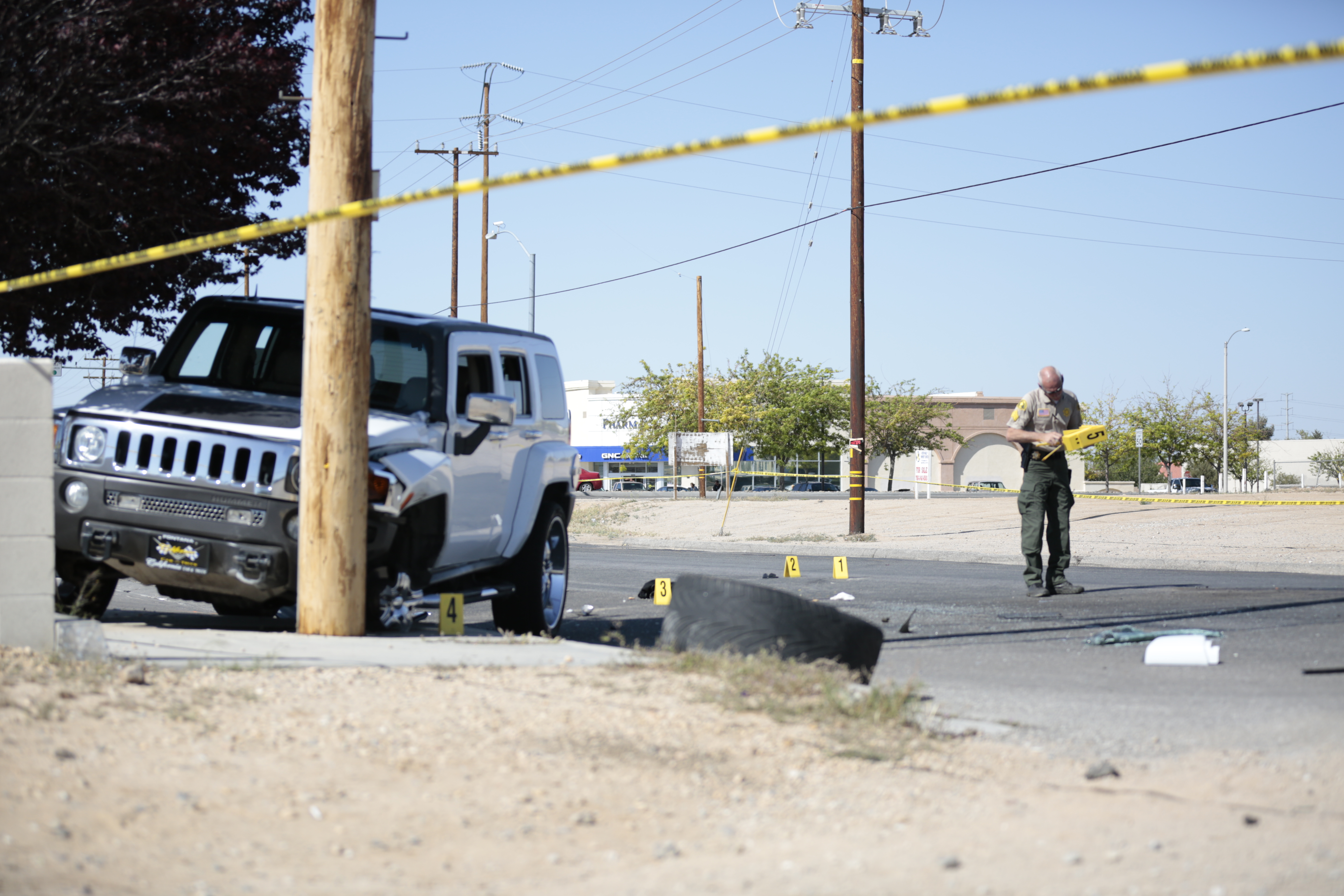 HESPERIA: Sgt. Doug Hubbard describes an accident that occurred in the City Of Hesperia on Sunday, April 13, 2014. Three vehicles were involved, one person ejected.

Here’s a first hand account of the accident as described by one of the drivers involved:

“I was the driver of one of the cars, the black car by gas station. We we’re waiting to make a right on 7th street and cars were going south on 7th from the left side. The white hummer was driving by when a black car going north on 7th tried to beat the hummer and go into the gas station hit the hummers drivers side and the passenger in the black car flew through the wind shield. The hummer then crashed into our car and tried to avoid us and hit a telephone pole while the black car swerved back into the direction it came from and stopped in the dirt side of the road. Man on floor had a head injury and was rushed to the hospital. Police later told us that we could leave because the man was going to live but please keep him in your prayers as you never know what could happen with a head injury like his. Hummer only had 1 passenger and my car had my wife, my 1-year-old son and I thank God we are all alright,” stated Edgar Guzman.

For more late breaking news, traffic and much more join our Facebook group VVNG with over 31,000 members.

Hiker Falls to His Death