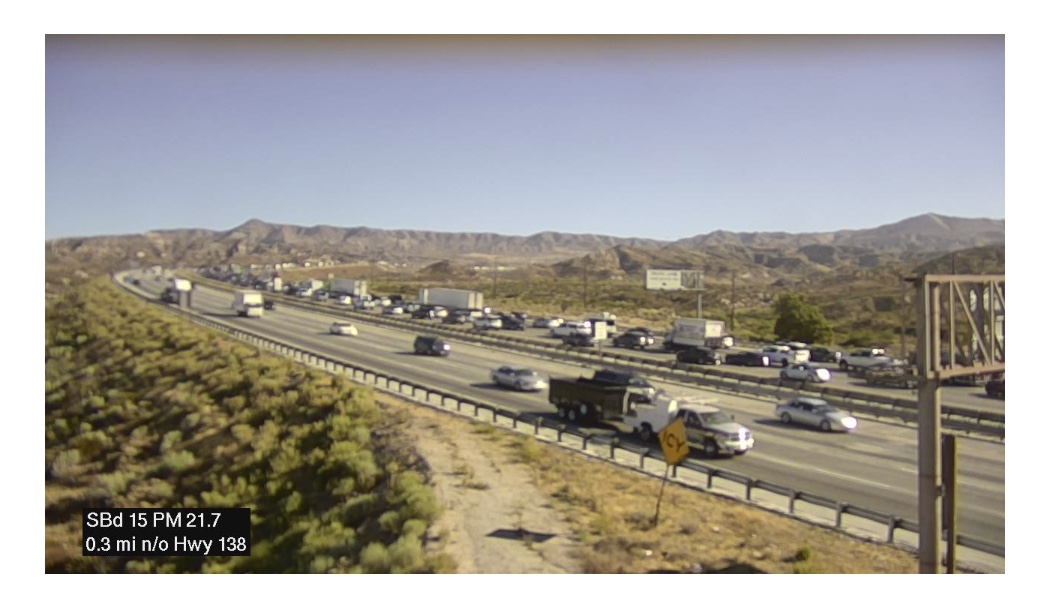 At about 6:14 am the California Highway Patrol incident logs recorded a crash involving 3-4 vehicles. Additional reports stated the sun was bright and hard to see vehicles.

As the crashes continued, vehicles started piling up. Per the logs, at least one vehicle was on its side with a possible fuel leak.

According to the logs, 10-15 vehicles were involved in the incident that blocked all lanes of the freeway.

San Bernardino County Fire treated two patients, one was transported to a local hospital and the other declined medical treatment.

Per the logs, CHP has reopened the no.5 lane, however, motorist are reporting a major back-up for at least 10 miles.

Tow trucks have already started to remove the damaged vehicles off the freeway.

The official cause of the accident is under investigation.