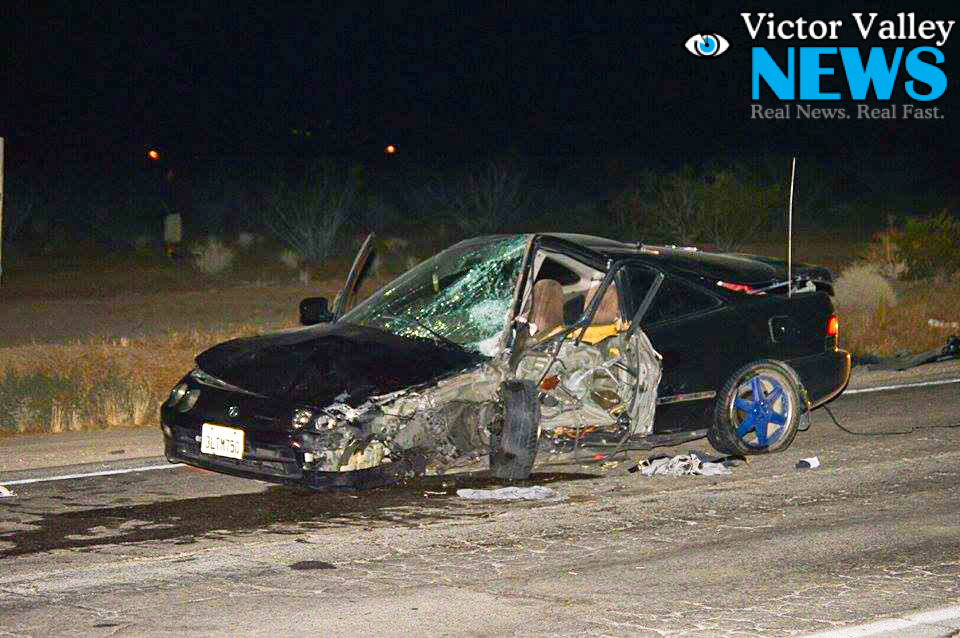 The vehicles involved are a black Acura Integra and a Chrysler Town and Country minivan both with major damage.

Scanner traffic, indicated two people were possibly ejected, however that information was not confirmed at the time of this report.

Upon arrival, first responders requested two air ambulances to transport two critically injured patients who were inside of the Acura. According to a witness at the scene, the occupants of the minivan were not seriously injured.

The designated landing zone for the helicopters was established on highway 18 near the accident scene. Officials momentarily shut down highway 18 in both directions in order to allow the airships to land.

The cause of the collision is currently under investigation. More information will be updated as it becomes available.