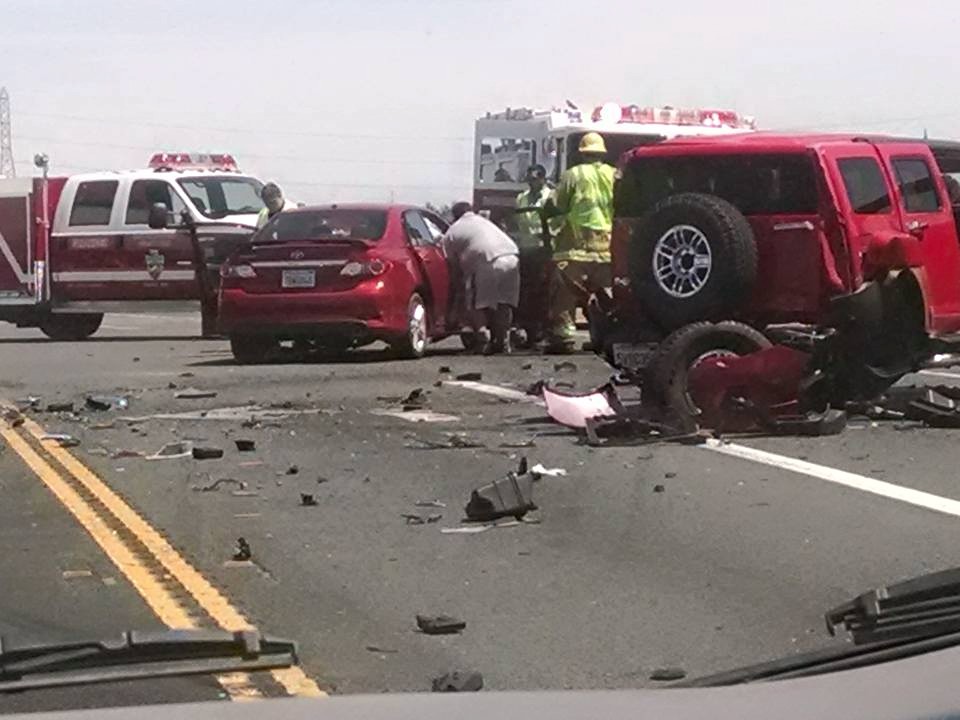 ADELANTO:(VVNG.com)- Highway 395 is temporarily shut down in both directions following a major injury traffic collision near Seneca Road.

First responders have requested an airship to transport one person who was trapped and required extrication.

The vehicles involved in the collision are a red Hummer, a red Toyota Corolla, and a flat bed truck.

A designated landing zone was established at Maverick’s stadium. One patient from the Corollla will be airlifted to Arrowhead Regional Medical Center. A second patient will be transported to a local hospital by ground ambulance.

Per scanner traffic, northbound highway 395 is closed at Palmdale Road due to the collision. Traffic is reportedly backed up for several miles.

According to authorities, the driver of the Corolla was speeding, lost control and collided into the Hummer and a flat bed truck. More information will be updated as it becomes available.

For the latest information in real-time be sure to join our fb group Victor Valley News.