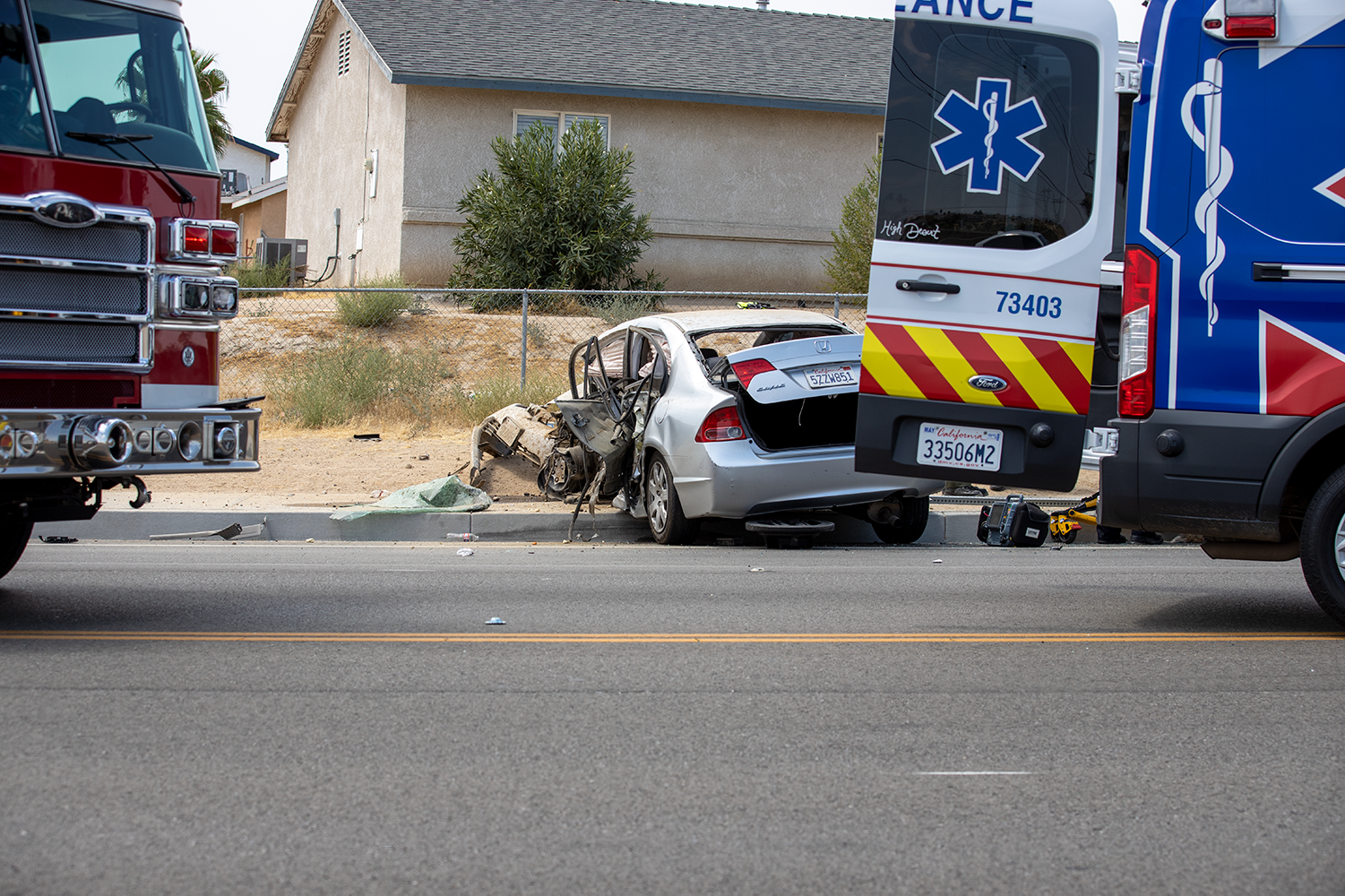 VICTORVILLE, Calif. (VVNG.com) — A major injury crash that happened around noontime shut down Village Drive for an investigation.

On arrival, firefighters located three vehicles; A 2007 silver Honda Civic partially lodged on a curb with major damage, a second silver older-model Honda in the middle of the road, and a Public Works City of Victorville utility truck.

Two helicopters were requested to land at the scene of the crash, but as one victim was no longer stable enough to fly, the second helicopter was canceled and the person from the 2007 Honda was rushed to a local hospital in grave condition.

Firefighters had to use special tools to free the driver of the older-model Honda after he became trapped inside his vehicle. He was airlifted to Arrowhead Regional Medical Center with critical injuries.

Village Drive was shut down between Amargosa Road and Vazquez Avenue and is expected to remain closed for several hours.

It does not appear that city of Victorville employees were treated for any injuries.