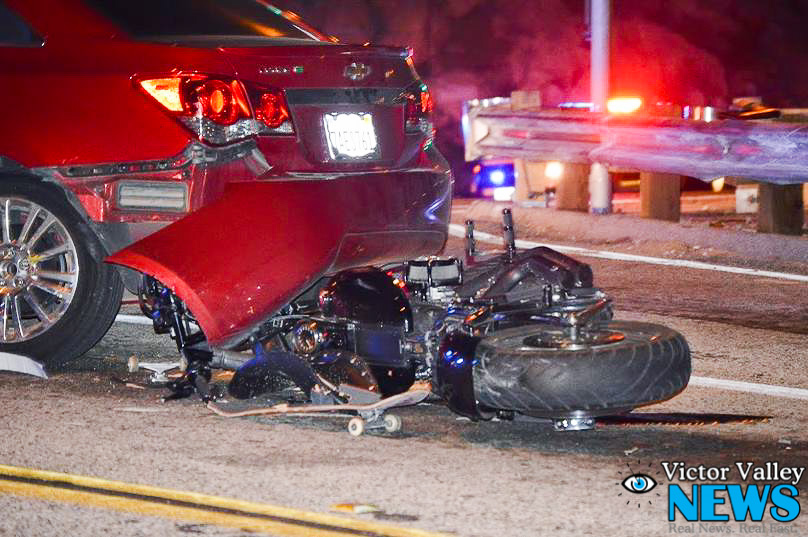 VICTORVILLE:(VVNG.com)- Dispatch received reports of a traffic collision involving a motorcycle and a vehicle just after 11:00 P.M., on Wednesday, March 4, 2015.

The collision occurred on Stoddard Wells Road and Highway 18. The motorcycle is described as 2000 Harley Davidson and the vehicle is a Red/Burgundy Chevy Cruze.

Per scanner traffic, the motorcyclist collided into the back of the vehicle.

Victor Valley News Group Member, Michael Nicholas Spanos, drove past the accident shortly after it happened. It was a horrible accident, he stated. The motorcycle was completely smashed up under the trunk with a body underneath the vehicle.

First responders requested an air ambulance to transport the seriously injured male to an out of area trauma hospital. The designated landing zone was established at Victor Valley Global Medical Center. The condition of the motorcyclist was not immediately available.

A hard road closure is in place along Stoddard Wells Road from Highway 18 and Mineral Road while Sheriff’s conduct an investigation.

At this time the cause of the accident is unknown. More information will be posted as it becomes available. 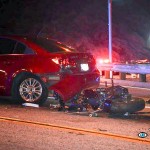 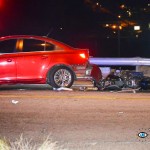 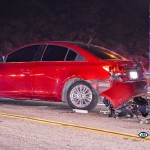