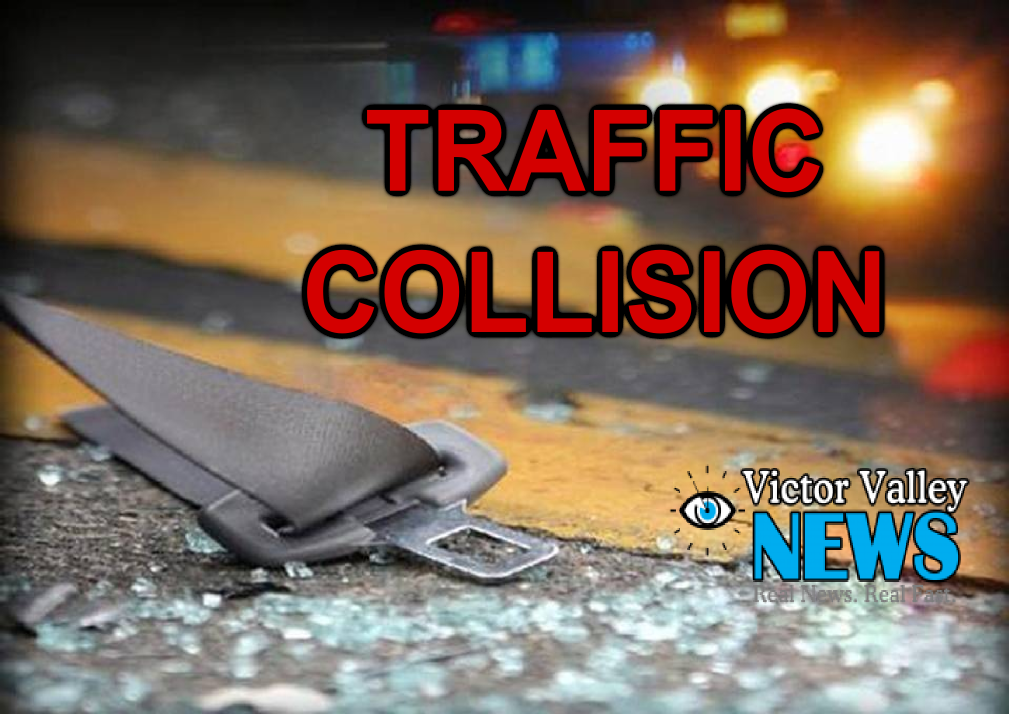 ADELANTO-(VVNG.com): At approximately 11:25 P.M., on Monday, May 18th dispatch received a call reporting a vehicle into a pole.

The single vehicle traffic collision caused injuries to the young male driver of the gray compact car. The impact caused major damage to the passenger side of the vehicle.

“it was by Circle K,. (the) driver was sitting bleeding badly, he went straight into a pole breaking the car almost in half” said Pamela M Lyons.

At this time the severity of injuries and cause of incident are not available It is unknown at this time if the driver was the sole occupant of the vehicle.

“Passenger side is destroyed, (the) driver was sitting by car bleeding from face really bad,” added  Lyons.